Digging through the Goalball UK archives – Goalball vs. Eggheads 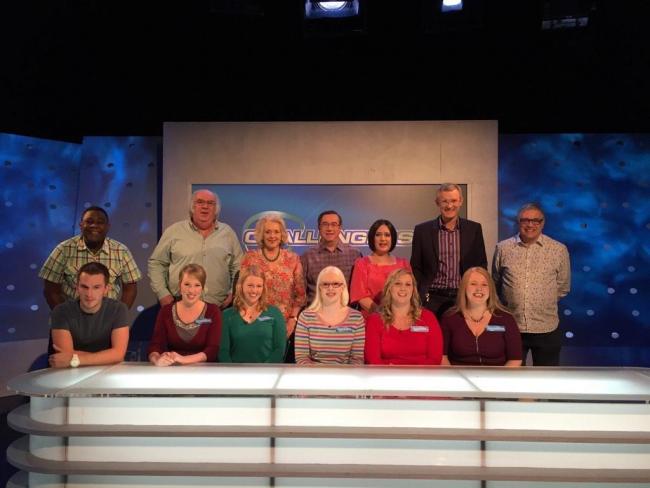 Since the lockdown, virtual quizzes have been a fantastic way for friends and family to keep entertained and connected. So, this week we’re revisiting the time when the Great Britain squads were on the television, not for their outstanding sporting ability, but to put their quizzing prowess to the test against some of the best in the business.

In 2015, the women’s Great Britain squad came up with the unique idea of how to raise some additional money to participate in the World IBSA Games in Korea later that year.

The show, which is hosted by Jeremy Vine, gives a team of guests the opportunity to take on the formidable Eggheads team in a series of general knowledge rounds to win a cash prize.

Despite narrowly missing out overall, one of the highlights was beating Lisa from the Eggheads in the science round.

Fast forward to 2017 and the men’s Great Britain squad then took on the challenge on BBC2. With Adam Knott, Caleb Nanevie, Dan Roper, Matthew Loftus and Chris Szedlak lining up against Eggheads, they unfortunately were also unable to overcome the team of master quizzers.

Although neither of the teams managed to win the grand prize, they both put in valiant displays taking on one of the toughest quiz shows on television. On top of that, they did an amazing job on air speaking about goalball and the fantastic impact it has on the blind and partially sighted community!

So, let’s finish up with a couple of the questions that the Great Britain men answered correctly – can you get them right too?