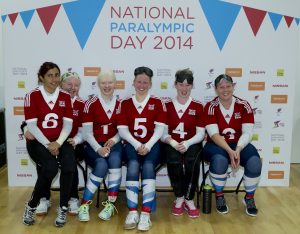 This September we were set to celebrate the return of the Paralympics. Despite it being postponed for 12 months, it’s the perfect time to revisit the amazing activity following London 2012.

The London 2012 Paralympic Games were a brilliant stage that showcased all para sports, including goalball. It was important though that after the closing ceremony they didn’t just become a memory.

So, with the support of the national governing bodies (NGB’s), Paralympics GB set about maintaining the momentum by providing opportunities for people to try the sports as well as spectate at events. 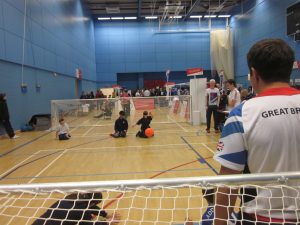 The first Paralympics GB Sports Fest was held at Surrey Sports Park in Guildford in December 2012. Great Britain’s men’s head coach at the time Knut Kursawe and star player Adam Knott, together with Alex Bunney, gave a goalball introduction and masterclass. One of the participants that day was James Evans who subsequently went on to follow in Adam’s footsteps and play for Winchester Goalball Club.

Further events were then held in Sheffield (April 2013), Worcester (November 2013) and Manchester (May 2014) as well as the inaugural ‘National Paralympic Day’ (September 2013). 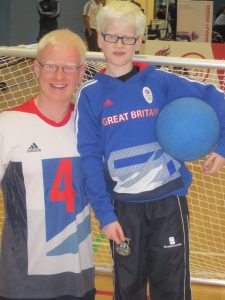 On Saturday 30th August 2014 for the second National Paralympic Day, the Great Britain women’s team returned to the Copper Box in London to play Belgium in a friendly game. It was a close fought contest with Great Britain making an impressive comeback to win 7-5 having been 5-2 down at half time. Taking to the court for Great Britain that day were Laura Perry, Sarah Leiter, Shamaila Kauser, Anna Tipton, Georgie Bullen and Andrea Logan (left to right in the photo below). 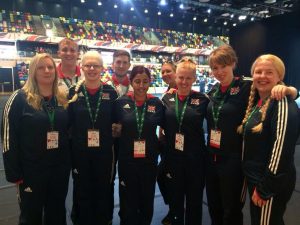 Following the incredible boost in publicity and awareness that goalball and many other para sports experienced from London 2012, these events sustained and attracted even more new players to sports that they may not have previously considered.

The success of these events saw them take place again in August and September of 2016 as the Paralympics GB Carnivals to coincide with the Games in Rio.  Even more were scheduled for this year, which have subsequently been postponed. However, fans of para sports across the world can get their fix at home as the release of Rising Phoenix on Netflix has at least helped fill the temporary Paralympics void.