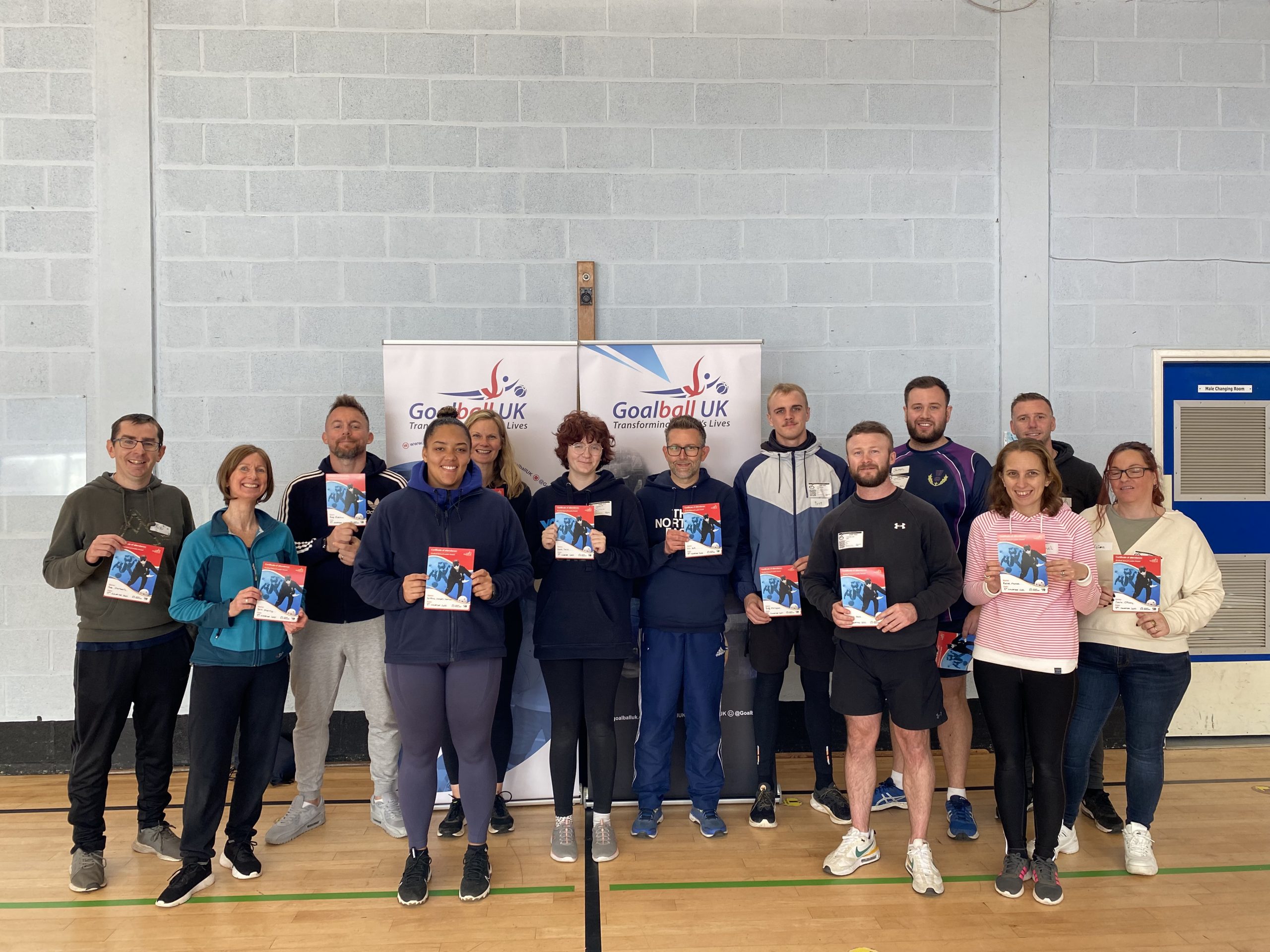 A visually impaired student at Allestree Woodlands School has succeeded in bringing the Paralympic sport of goalball to Derby.

Clara Lane, 15, sampled goalball during an October half term holiday camp in Hereford run by national charity VICTA, which provides support to children and young adults who are blind or partially sighted.

“There were lots of different sports and goalball was one of the activities we did on one of the days and I really loved how anyone could get involved and it was really inclusive,” said Clara.

What makes goalball so inclusive is that fully sighted players can play alongside those who are visually impaired on a level playing field because everybody has to wear eye covers so that nobody can see. Players, therefore, have to rely entirely on their other senses.

Played indoors, goalball is a three-a-side team sport, in which players from opposing teams try to score a goal by ‘bowling’ the ball towards the other team who have to defend the ball from hitting their goal.

The ball has bells inside so players can track its movement by its sound, whilst the court in professional games is marked out with tactile lines so players can feel where they are.

When Clara came back to Derby from the holiday camp, she wanted to carry on playing the sport, but could not find anywhere locally which ran sessions.

“I decided to tell school about it and they managed to get Goalball UK in to do a taster session,” said Clara.

Students with and without visual impairments joined in the session and it proved so popular several students wanted to do it again.

Goalball UK agreed to run a Goalball School Leaders Course at the school so that staff and Clara could learn how to coach and run sessions themselves. 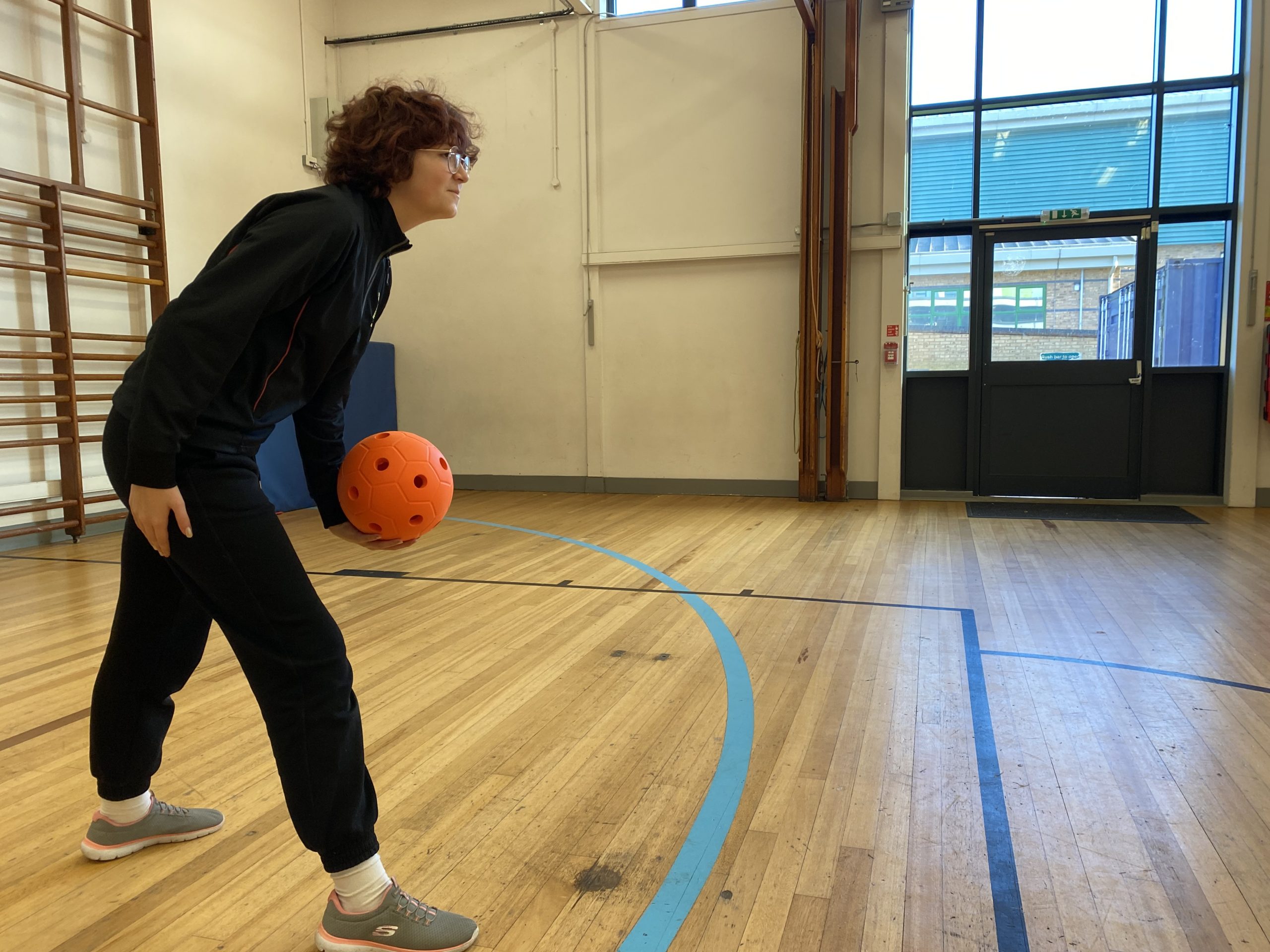 Tim Barker, assistant headteacher, said Allestree Woodlands was keen to offer this coaching session to all other secondary schools in the city.

“I emailed other schools asking them to nominate a representative and we were delighted with the response; we received interest from both mainstream and specialist provisions. This meant that rather than taking up all 15 spaces as a school ourselves, it enabled other schools to facilitate sessions. Our hope was that, eventually, teams from across the schools may be able to play each other to continue to promote inclusion across the city.

“Clara was the only student there, everyone else was an adult. Clara was brilliant and was used by the trainers to demonstrate a variety of skills.”

“With her coaching complete, Clara is now leading sessions at the school with the help of teaching assistant Kate Goldberg who also completed the Goalball training sessions.

“We are so proud of Clara. She has demonstrated our school’s values of courage, optimism, regard and endeavour. When she realised that there were no Goalball opportunities in the city, she has been instrumental in establishing awareness and knowledge within Derby.”

Stephen Newey is Goalball UK’s children and young people officer and delivered the coaching session at Allestree Woodlands School for Clara and the teachers.

He said he was delighted Clara was spreading the word about goalball.

“It is fantastic to see the passion and love Clara has for goalball, from the first time I met her at a VICTA Sports Camp through to now where she has instigated the introduction of goalball in her school,” he said. “This really shows the power of goalball, enabling young people with a visual impairment to realise their potential. Through playing goalball, leading goalball sessions, or both! I am excited to see where Clara takes this and the increased goalball opportunities local to Derby.”

With her coaching complete, Clara is now leading sessions at the school with the help of teaching and support staff who also did the goalball training sessions.

Aidan Naylor, 12, took part in one of the classes Clara led.

“It’s brilliant. I’m visually impaired and this is really the only sport I like.”

The sport was originally devised in 1946 to help rehabilitate soldiers who had lost their sight during the war. It has been played throughout the world ever since, at the highest level, by people who are blind or partially sighted.

Want to bring goalball to your area?