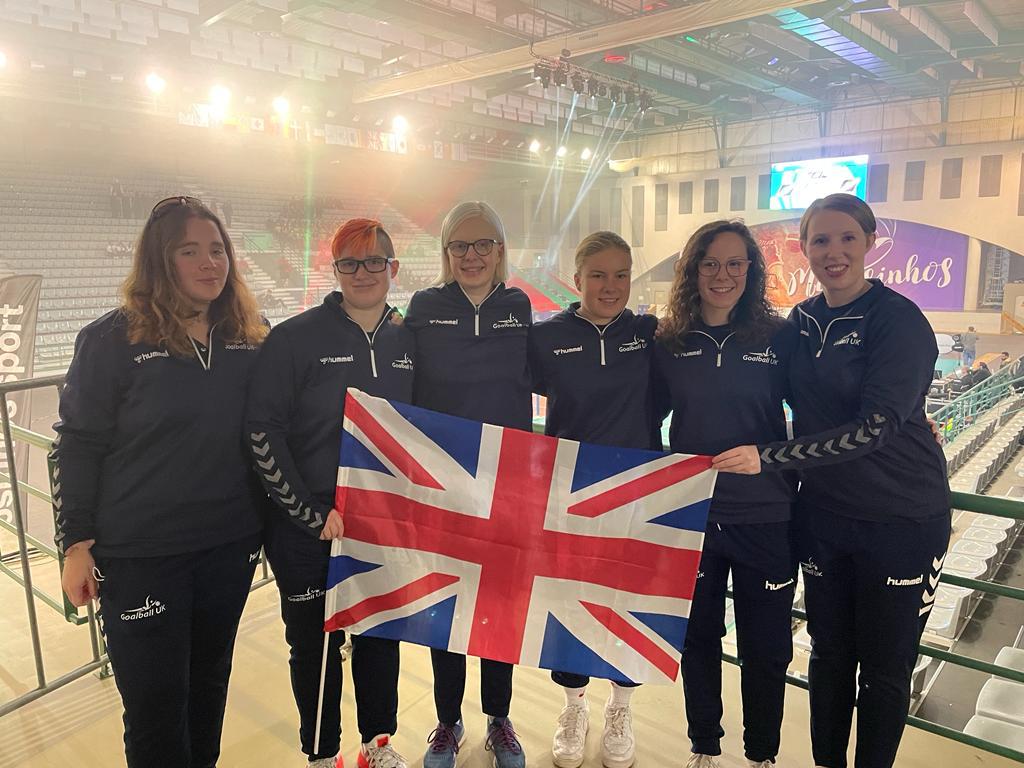 GB Women have charged through the group rounds of the goalball World Championships in Portugal over the last week.

The squad have won four games against Brazil, Australia, Egypt and Portugal, tied with world ranked number one Japan in an extraordinarily close game, and lost to group leaders Israel and USA.

GB have shown resilience, skill and depth in the squad with solid defence and teamwork throughout the competition. GB dominated their games against Portugal and Egypt with the final whistle called early due to a 10 – 0 defeat by GB.

Tomorrow, GB face Canada in the quarterfinals at 9:00am which is live streamed on YouTube.

Aaron Ford, Head Coach for GB Women at Goalball UK said “Our squad are playing exceptionally well and showing their hard work and training have set them up for success. Spirits are high and whilst we have a tough game ahead every player should be incredibly proud of our campaign so far.”

Gary Fraser, High Performance Lead at Goalball UK said “We have seen exceptional performances from the squad during this tournament. This is the first time in twelve years that GB have competed at the World Championships and the results are testament to the progress made since then. We’re in a strong position and look forward to progressing even further ahead of the World Games in Birmingham next year.”

Georgie Bullen PLY, who last competed at the World Championships aged 16, has shown experience pays off, scoring and saving many penalties and goal attempts in each game. A calm and vocal centre player, Georgie has proven key to the squad’s approach during the competition.

Multi goal scorer Meme Robertson has tallied up an impressive number of goals for GB in the competition so far. Not only that, but she’s also saved crucial goal attempts and defended penalties. A double ‘Player of the Match’ winner and one to look out for in the quarterfinals.

Antonia Bunyan has proved invaluable in defence and stepping up to score throughout. Bunyan’s left-handed throw has brought in an impressive nine goals for GB so far and saved crucial penalty attempts.

Adding to the team’s depth is Lois Turner. Lois has shown herself to be a solid attack and defence player, often using her height to her advantage and saving many a goal attempt against GB. Lois has scored eight goals for GB so far in her first world championships.

Sarah Leiter has shown solid defence in the centre, whilst also scoring against Egypt in the 10 – 0 win. Her strong centre won her Player of the Match for the tough USA group game.

GB’s Megan Smithson-Booth almost had her goalball career cut short when emergency hip surgery was needed in 2021. In a triumphant comeback, Meg has made the GB squad and scored her first goal at this level against Portugal in a game that ended early at 10 – 0 to GB.

The quarterfinals will take place in the morning of Thursday 15th December at 9:00am against Canada. The livestream is available to watch on YouTube on this link.

Want to support our GB squads?

Look out for an exciting new campaign coming in the New Year!