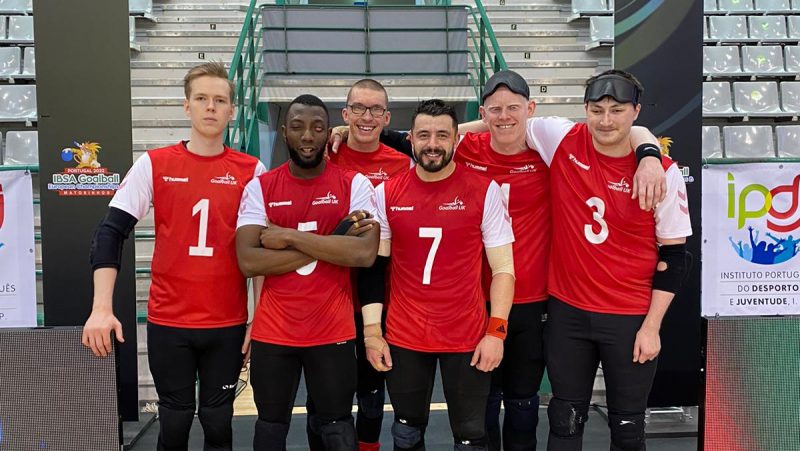 Today, Friday 18th November, GB Men led an outstanding triumph over Denmark ending the game early at 13-3 in the second half. In goalball if a team leads with ten or more goals the game reaches a mercy point and time is called.

The team now face Israel who they last met in the group rounds only a day earlier. It was a game which started strong for GB in the first half but Israel refocused for the second half. A narrow victory was claimed by GB with a final time score of GB 7 to Israel 6. It could be a close one to watch from home!

In the squad GB athlete Josh Murphy has proved a solid selection choice in his first senior international game for GB scoring 8 goals so far with Dan Roper and Caleb Nanevie standing as top GB goal scorers up to the semi-finals. Strong defence from Matt Loftus and brilliant appearances from David Scott have kept the team going.

Watch the outstanding semi-finals against Israel at 4:30pm on Friday 18th November

Catch up on games

Missed the live stream? Don’t worry you can still watch them all here with fantastic commentary from Alan Marsh and team on the YouTube links below.