As we approach the end of 2020, it felt appropriate this week (and next) to reflect on what has been a very memorable year. It may not have gone exactly to plan but there have still been lots of amazing achievements and entertaining events, plus good causes and campaigns to champion and celebrate.

The 2019/20 National League season continued with both Novice and Intermediate tournaments in Bristol and Sheffield, whilst the GB Men headed to Finland for the Pajulahti Games. Although they finished outside of the medal positions, they took lots of positives from the tournament, implementing new tactics and introducing new players. Also in January, Dina Murdie was the first Goalball UK ‘Room to Reward’ recipient in recognition of her tireless voluntary work for goalball. 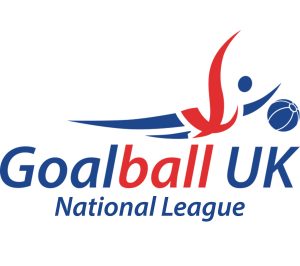 As well as an Elite tournament in Birmingham, there was a Novice and Intermediate tournament in Peterborough and a fantastic Nottinghamshire and Derbyshire School Goalball competition featuring 16 teams from 9 schools. There should have also been a record attendance at the annual Talent Camp (during February half term) but unfortunately this had to be cancelled at extremely short notice due to severe flooding in Hereford. On February 26th, to celebrate Goalball UK’s 10 year anniversary, we launched our 10 year stories starting with Clive Spencer who was responsible for introducing goalball to the UK back in 1978 and has been instrumental ever since.

The last real tournament of the 2019/20 season took place in Birmingham with 15 teams battling it out for the Intermediate Trophy. The first virtual tournaments then took place with the ‘Roll of the Dice’ tournament for the South and South West region and the ‘Heads or Tails’ tournament for the North region. We also began our weekly social media round up – highlighting our favourite activity from the #GoalballFamily – and, thanks to Alex Bunney, lots of us got involved, with varying degrees of success, in a toilet roll challenge! We also welcomed Kate Coghlan to the board as a non-executive director. 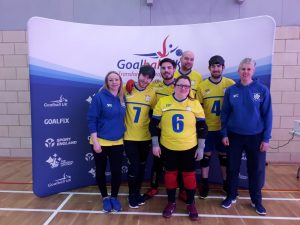 Our online activity continued to grow with the start of our weekly ‘Digging through the Goalball UK archives’ and ‘Featured Thursday’ articles. We also staged a virtual Elite tournament courtesy of some of our ‘four legged friends’! The #TwoPointSixChallenge also began with Mark shaving his head! A massive thanks again to everyone who got involved and in doing so helped us to raise over £5,000. 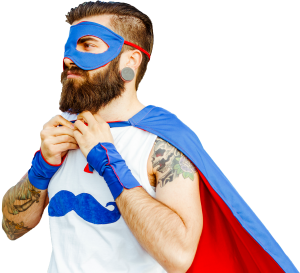 In this month we got the fantastic news that the 2023 IBSA World Games are going to be held in Birmingham. We also had the virtual Novice Shield based on reverse bingo and started the ‘Higher or Lower’ League. The comedy highlight of the month, if not the year, was definitely the release of the #GoalballFamily rendition of ‘Three Little Birds’ – closely followed by Mark’s disastrous attempt at baking a birthday cake! On a more serious note, we promoted ‘Clean Sport Week’ and marked ‘Mental Health Awareness Week’ by sharing some powerful videos from Tommy Britton in which he openly talked about his own mental health journey. 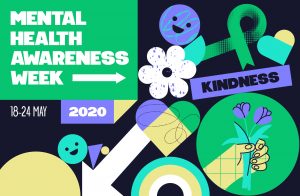 The Goalfix Sports Goalball Cup was contested by representatives from 8 teams via an intense game of ‘Rock, Paper, Scissors’ and Mark was entertaining us again – this time when he took on Conna Jeffs in a cracker eating challenge! Together with Kathryn and Tom, he also had a go at a ‘goalball gymnastics’ routine inspired by Kiera as part of National School Sports Week. Bobbie-Jack, Sam, Harry and Catrin also provided equally fantastic challenges. June also saw us celebrate Pride Month and Volunteers Week. 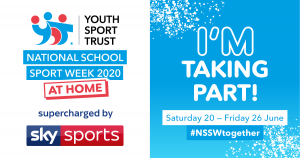 We will continue next week, looking back at July to December. If you missed any of the above activity first time around, or want to re-visit anything, check out our Social Media channels or use the search box on the website.