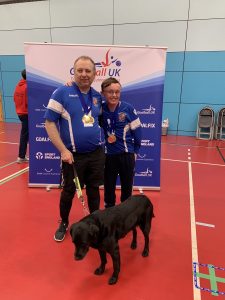 For 2021’s first catch up we spoke to Paul Holloway!

Birmingham. I was also honoured to represent England in the inaugural Home Nations tournament in 2018. 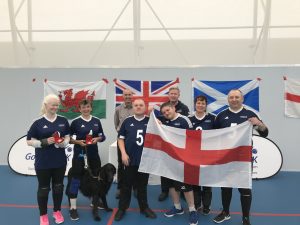 I first saw goalball at the London 2012 Paralympics. I thought it looked really good so I contacted Goalball UK to see if there were any opportunities to play near me. I went along to a taster session (in Birmingham) in October 2012 and the rest is history! I helped establish the Birmingham Club and I’m really proud of what we have achieved. We entered 3 teams in most tournaments last season and were planning to start an Elite team this season as well. We also played in the Malmo tournament last year. I’m one of the oldest players in the country now – at 54 – but I intend to continue playing for many more years.

It’s got to be ‘Lose Yourself’ by Eminem. It gets you hyped. I like rock music. Bands such as ACDC and Def Leppard.

No, not really. We normally just come together as a team, before a game, ready to focus. 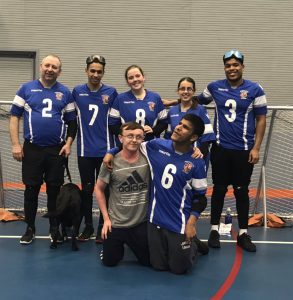 Anything as long as there is plenty of it! It’s nice having a meal together as a team afterwards.

Matt Loftus who is in the GB Men’s squad. I went to some of the #FindTheNext sessions in the summer of 2019 and Matt was great both on court and off court, offering me loads of support, as he plays in centre like me. I also liked watching Joe Dodson when he used to play.

I enjoy photography. Especially coastal photography. I went on a workshop in Moray in North East Scotland last summer and took some amazing photos of basking sharks. I also follow the Wasps Rugby Union team. 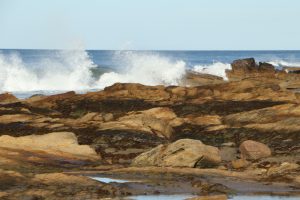 I would like to go to Australia again. Wilson’s Prom near Melbourne is amazing. There are lots of shells on the beach and when you look out to sea you can see lots of shark fins! 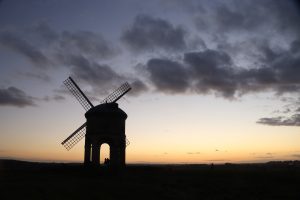