Each Thursday we want to put the spotlight on a person involved with goalball – from players, officials, coaches, or anyone!

This week we caught up with Yahye Siyad!

I play for London Elephants. 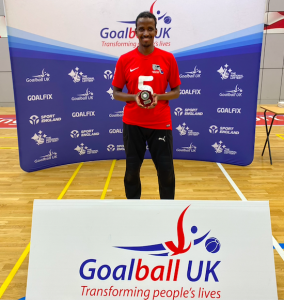 I first played goalball back in 1998 when I was 15 and at a blind school in Bahrain in the Middle East. I then became seriously interested in the sport while I was studying at the RNIB College in Loughborough. When I moved to London to go to university, as well as continue to play, I co-established an official charity for goalball. I competed for GB for a few years including at the European Championships in 2008.

I retired in 2011 and shortly afterwards moved to Dubai. When I returned to London in September 2021, I decided to get back involved with goalball to regain a bit of fitness, so I joined the London Elephants. After only a few training sessions with them, I decided to test myself in a competitive environment – the Intermediate Trophy. A really big thank you to Russ Sparkes, our coach, for pushing me. I didn’t think I could still perform to a bit of my previous level, let alone by the top male goal scorer and play every second of all 6 games in just over 24 hours!

No, I’m afraid my taste is somewhat boring and non-artistic. I tend to listen to scientific podcasts and documentaries as well as follow the news of Arsenal Football Club and the Premiership.

Since I am religious and spiritual, I perform prayers before each game. 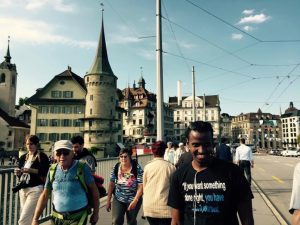 I don’t have any particular person, but I really admire any player who is willing to push themselves to their absolute best. Basically, players with fighting spirit.

I am an avid traveller and love meeting new people and engaging in new and extreme adventures. I also enjoy watching quizzes and a bit of stand-up comedy to lighten up the mood. I am generally into self-help and leadership books plus motivational talks. 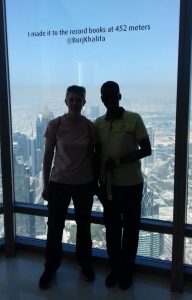 I am lucky enough to have visited over 50 countries around the world. So, most of my list has been completed but I have some fascination with Japan and Singapore because of their work ethic and positive mindset in finding creative solutions. I would love to visit South America for a bit of adventure and Iceland for its amazing nature landscape.