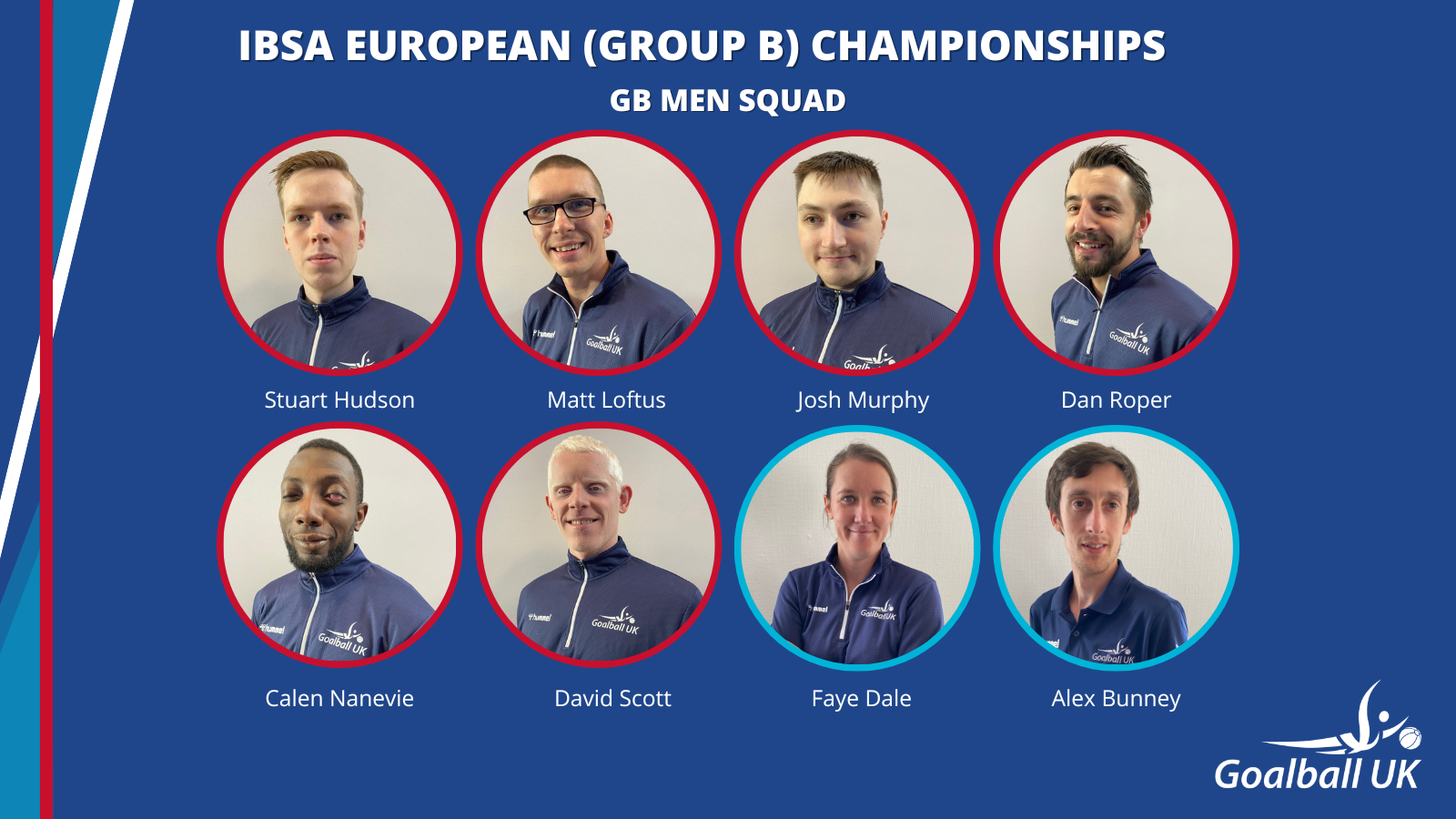 The GB men’s squad are one of ten national teams competing at the upcoming IBSA Goalball European B championships in November. Their group (B) includes Greece, Spain, Sweden, and Israel with Portugal, Bulgaria, Finland, Poland and Denmark in Group A.

The squad comprises of a mix of experienced and newer international athletes, with Murphy and Scott competing at their first senior IBSA European Championship.

The championships take place in Matosinhos, Portugal from 12-20 November. GB have plans to retain their Division B standing and ambitions to return to Division A for future seasons. If successful, this would take the team back to the very highest level of the game in Europe and in a strong position ahead of Paris 2024.

“The European B Championships is a significant major competition for our Men’s team. The team have trained incredibly hard and are excited to compete at European level once more.”

“We have been working incredibly hard to be best prepared for this championship, we have a mixed team of experienced and inexperienced players in the squad. Gaining promotion will be a challenge but one we are fully committed to achieving.”

IBSA has released the schedule for the tournament and all matches will be live streamed on the following link: European Championships 2022

There is also an official website for the Euros 2022 with schedule and results tables linked here.

We will be sharing news from the championships across our social media channels so be sure to give us a follow!