The sun was shining down on Brunel University on Saturday 18th and Sunday 19th June as members of the goalball family descended onto campus for the Goalfix Cup 2022. As temperatures on Friday soared to 30 degrees as the Goalball UK team set up for the event, people were in high spirits for the weekend ahead.

This was the first edition of the competition since 2019 due to the pandemic, and hopes were high to build on the success of previous years. 8 times were in attendance, Croysutt Warriors and Birmingham for their debut appearance alongside Fen Tigers, Cambridge Dons, RNC Academy, Winchester Kings, Phoenix Blaze, and Northern Allstars. You can read the profile of every team who competed via the Goalfix Cup Team Profiles tab!

RNC Academy and Birmingham kicked us off on day 1 both eager to get off to the best start possible. As if the pressure wasn’t enough kicking off the competition, theirs and every game at the Goalfix Cup 2022 was live streamed with the support of Alan March Sport Ltd, who provided live coverage with audio descriptions in the venue. This hopefully made the event accessible for more people and allowed them to watch and listen along to every moment. RNC Academy came out the victors of an epic first game winning 12-11, with Birmingham showing they are here to make a good first impression! This gave us a taste of what was hopefully to come throughout the weekend.

RNC Academy went on to finish 2nd out of 4 in their pool and go into the bronze medal game, winning their 2nd fixture more convincingly (9-1) over Cambridge Dons. Their final pool game at the start of day 2 ended 5-5, meaning they lost out competing for gold on goal difference!! A fantastic result for the team nonetheless, as they showed maturity throughout! 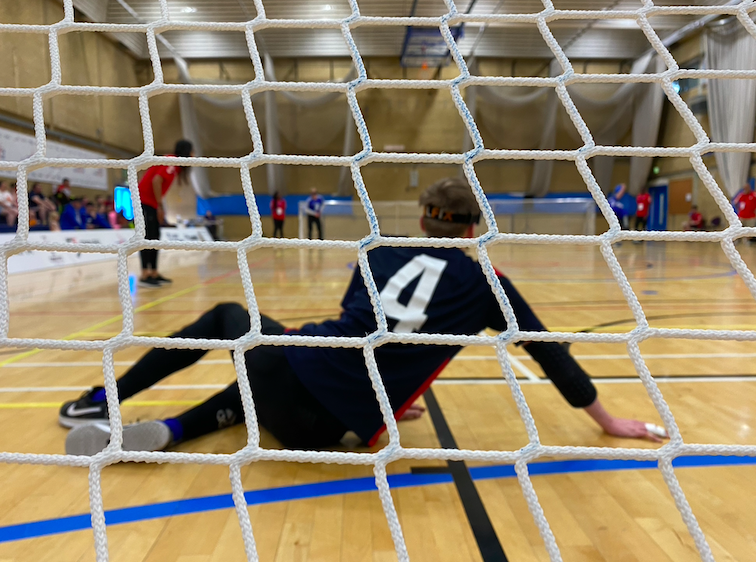 Fen Tigers beat RNC Academy to 1st place in their pool, after sailing through their opening fixture with Cambridge Dons 14-4. The same result regarding mercy occurred against Birmingham, with that game ending 18-8. And as we know RNC Academy fought tooth and nail with the Tigers and could not be separated. It was clear Fen Tigers were carrying on where they left off though in the 2021/2022 Super League as they were aiming for gold.

After all, this, pool A ended with Fen Tigers 1st, RNC Academy 2nd, Birmingham 3rd, and Cambridge Dons 4th.

Over in Pool B, the first game was between Winchester Kings and Phoenix Blaze. After finishing 3rd in the regular Super League season, the Kings were surely aiming for one or two better and started their campaign demonstrating this as they beat Phoenix Blaze 13-3. Reigning champions Northern Allstars were up next as they got the better of debutants Croysutt Warriors, not without a fight though as Croysutt showed the Warrior spirit. It wasn’t enough on this occasion as the Allstars won 9-6. Caleb Nanevie stood out from the crowd as he scored 8 of Northern’s 9 goals! The Allstars went on to beat Phoenix Blaze 13-6, coming back from behind to do so. They rounded off their pool campaign with an 8-6 win over former Goalfix Cup champions Winchester Kings (2016 & 2017), meaning a showdown for gold with Fen Tigers lay in wait. 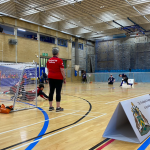 The Croysutt Warriors could be considered the 2022 surprise package, after finishing 8th out of 9 in their debut Super League season they fought their way to compete for bronze against RNC Academy. After losing their opening game, they were resilient and provided one of the top moments of day 1 with Jack Peters scoring the winning goal against the Winchester Kings in the last few seconds of their game, meaning the Warriors won 10-9! They carried on this momentum rounding off their pool campaign with a 14-6 win over Phoenix Blaze. 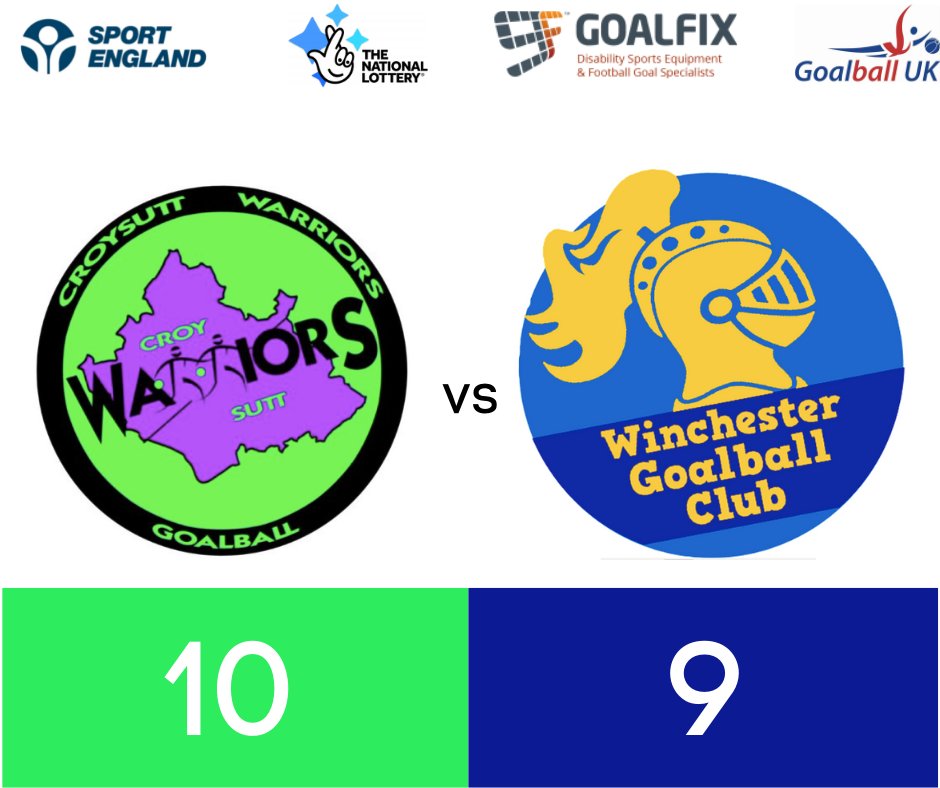 Following all the excitement, pool B ended with Northern Allstars 1st, Croysutt Warriors 2nd, Winchester Kings 3rd, and Phoenix Blaze 4th. Meaning the order in which teams would be competing in the placement games:

Cambridge Dons and Phoenix Blaze were up first in the battle for 7th place. The Dons got the better of the Blaze in a game which ended 12-8, with teams going to and from for the majority of the game before Cambridge pulled away with 4 out of 5 of the team getting on the scoresheet, with Kali Holder scoring 6 out of the teams 12 goals.

Birmingham and Winchester Kings were up next, as Birmingham looked to replicate their Super League finish with 5th place. 5th must be their lucky position, as they beat the Kings 15-10! Josh Murphy in prolific form as usual scoring 6 of those goals, as he racked up an incredible 105 goals in the regular Super League season! Winchester will not have to wait long to pick themselves up and react positively with the National Finals coming up this weekend (2nd & 3rd July at the EIS, Sheffield).

Bronze was up for grabs with two evenly matched teams in RNC Academy and Croysutt Warriors. RNC went into the game still with their unbeaten record intact, meanwhile, the Warriors hoped to walk away from their 1st Goalfix Cup in style with some silverware. Unfortunately for the Warriors, they will have to wait for their 2nd campaign as RNC came out victorious 11-5. Well done to RNC Academy who equalled their best finish of 3rd, as they did so in 2017 & 2019! The positivity continues with individual accolades as Stuart Hudson was awarded Player of the Weekend, and Meme Robertson was the top female goal scorer with 11 goals! 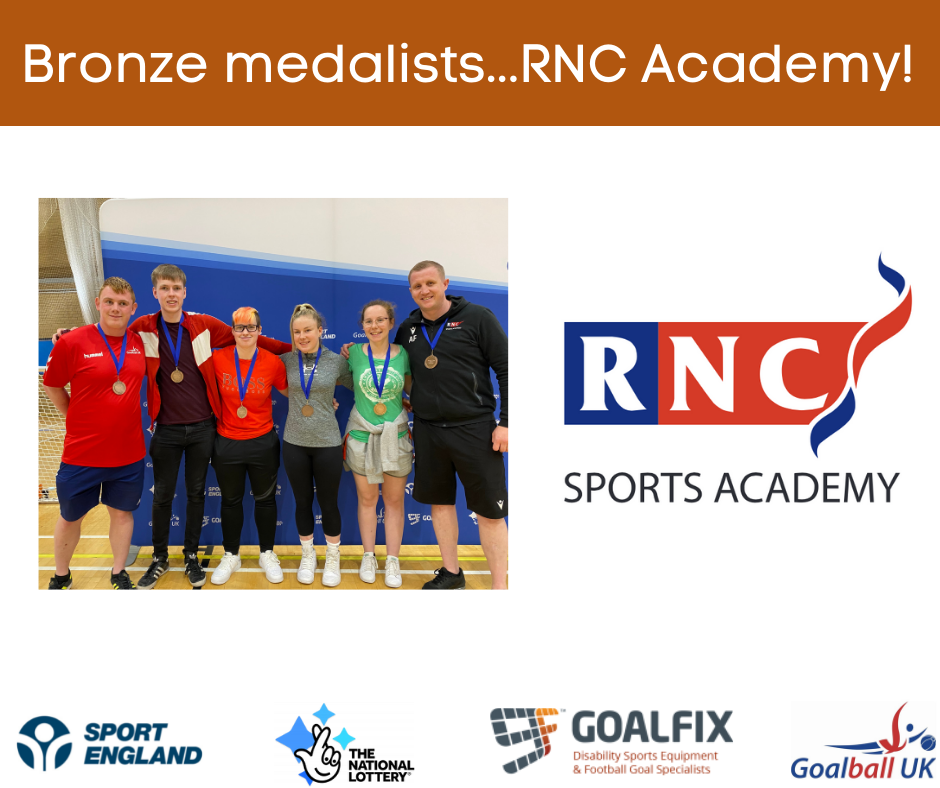 Now, the final of the Goalfix Cup 2022! Northern Allstars took on Fen Tigers as people watched via the Goalball UK YouTube channel and of course could do so live via audio description headsets. Both teams went into the game unbeaten and are both former winners of the Goalfix Cup (Fen Tigers – 2018, Northern Allstars – 2019). The game as expected was a close affair with these two teams boasting Great Britain Men’s players such as Dan, and Joe Roper for the Tigers, and Caleb Nanevie and Matt Loftus for the Allstars.

As the game was drawing to a close, with the score 4-5, murmurs of overtime could be heard as Fen Tigers tried everything to claw their way back into the lead. The Northern Allstars stood strong and would not let go of their lead, right to the end! Meaning, that Northern Allstars joined the elusive multi-time Goalfix Cup champs with London Sport, Leicester Bulls, and Winchester Kings! 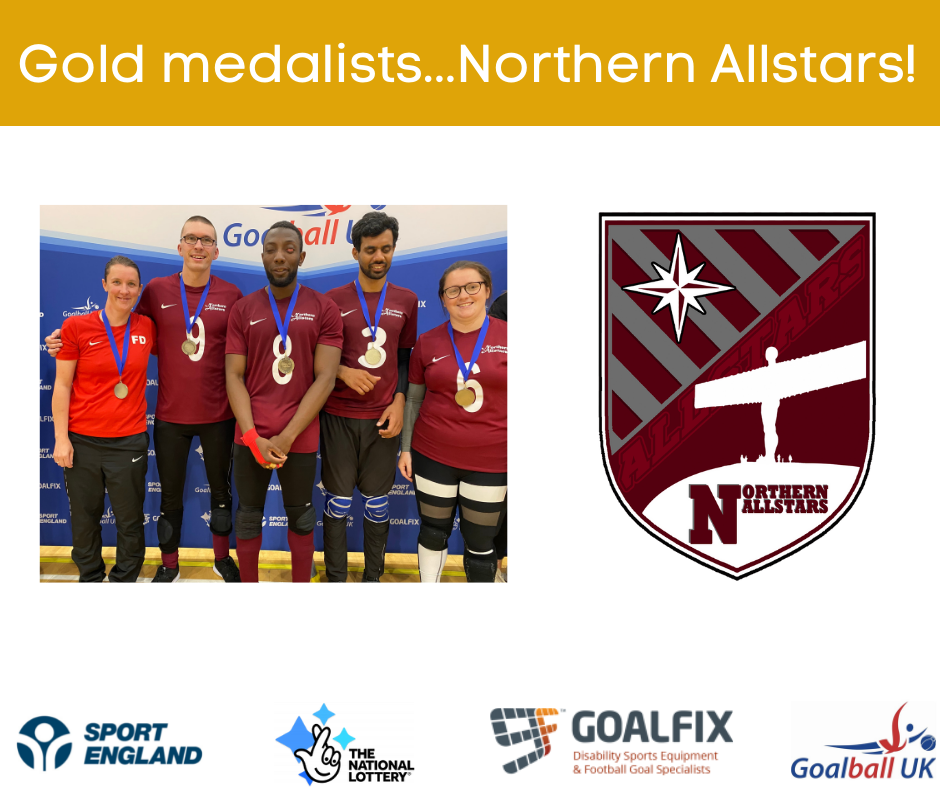 A fantastic result for the team as they missed out on a first place in the Super League season to the Tigers but prevailed this time. Congratulations to the team and commiserations to Fen Tigers, who fought right till the end to come out on top. 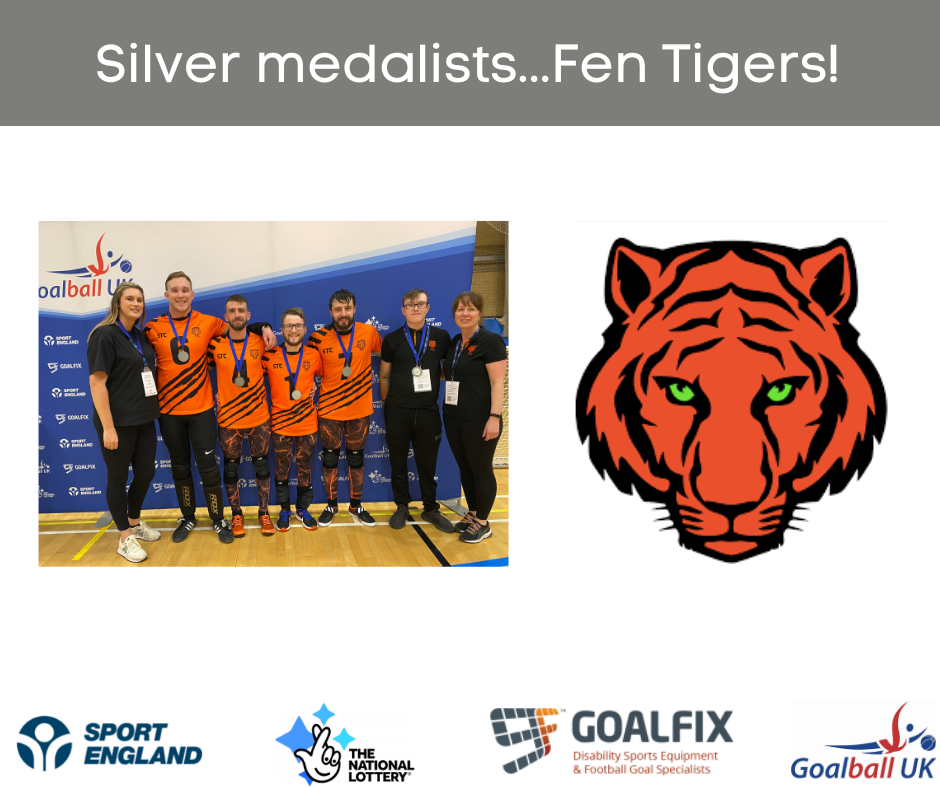 Caleb Nanevie, as well as being a 2-time Goalfix Cup winner, came away with an individual accolade after being the top male goal scorer!

Thank you to everyone who was a part of this year’s Goalfix Cup, from players, coaches, activators, referees, spectators and of course to the team at Alan March Sport Ltd who supported us throughout with live coverage and audio description for the competition. As we proudly say, we could not have done it without you, and we hope you all had an amazing time! 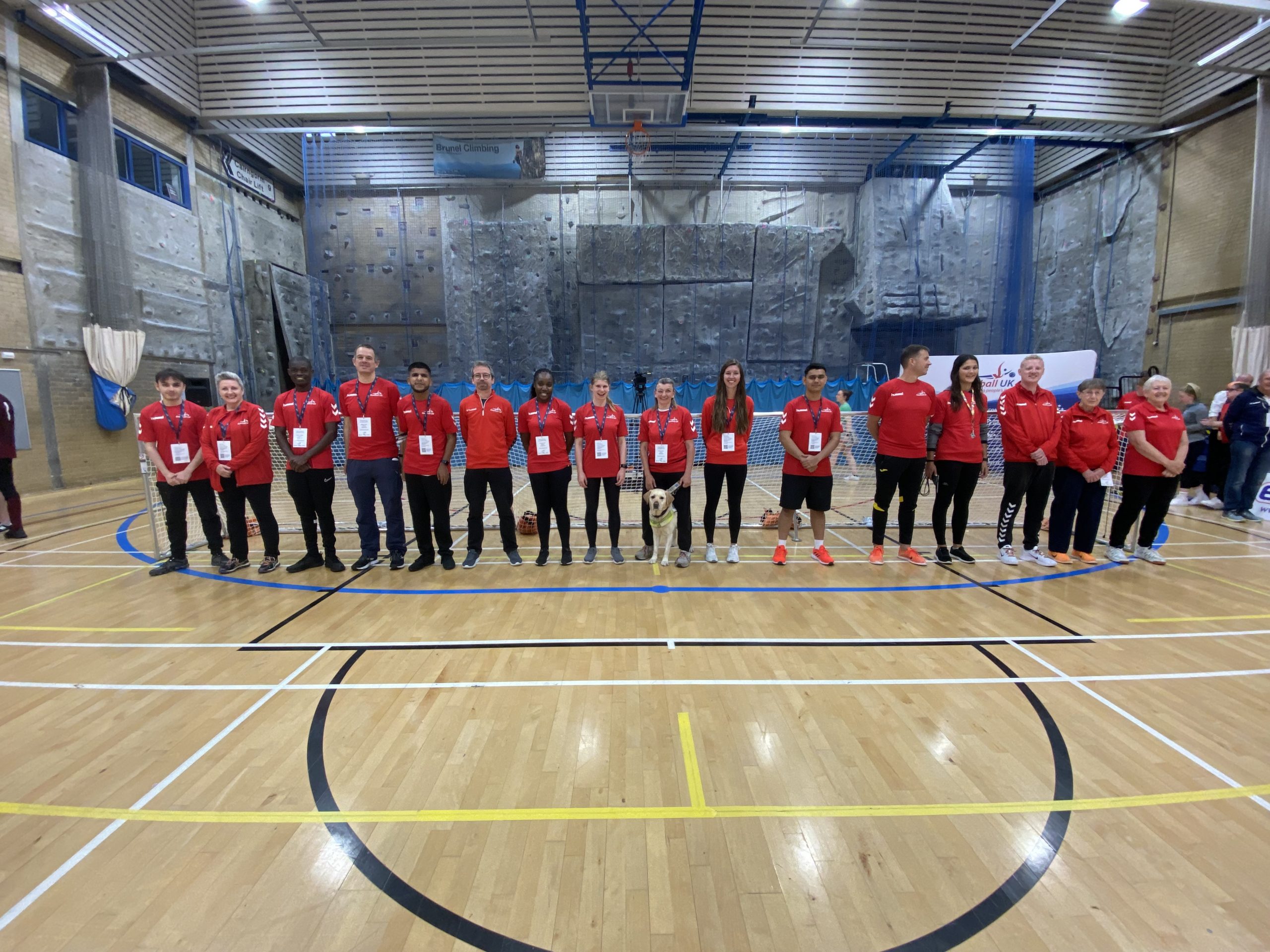 The season is drawing to a close, but not before the National Finals were the teams who finished at the top of their respective tables in novice, intermediate and elite will compete to be National Champions this weekend (2nd & 3rd July at the EIS Sheffield).