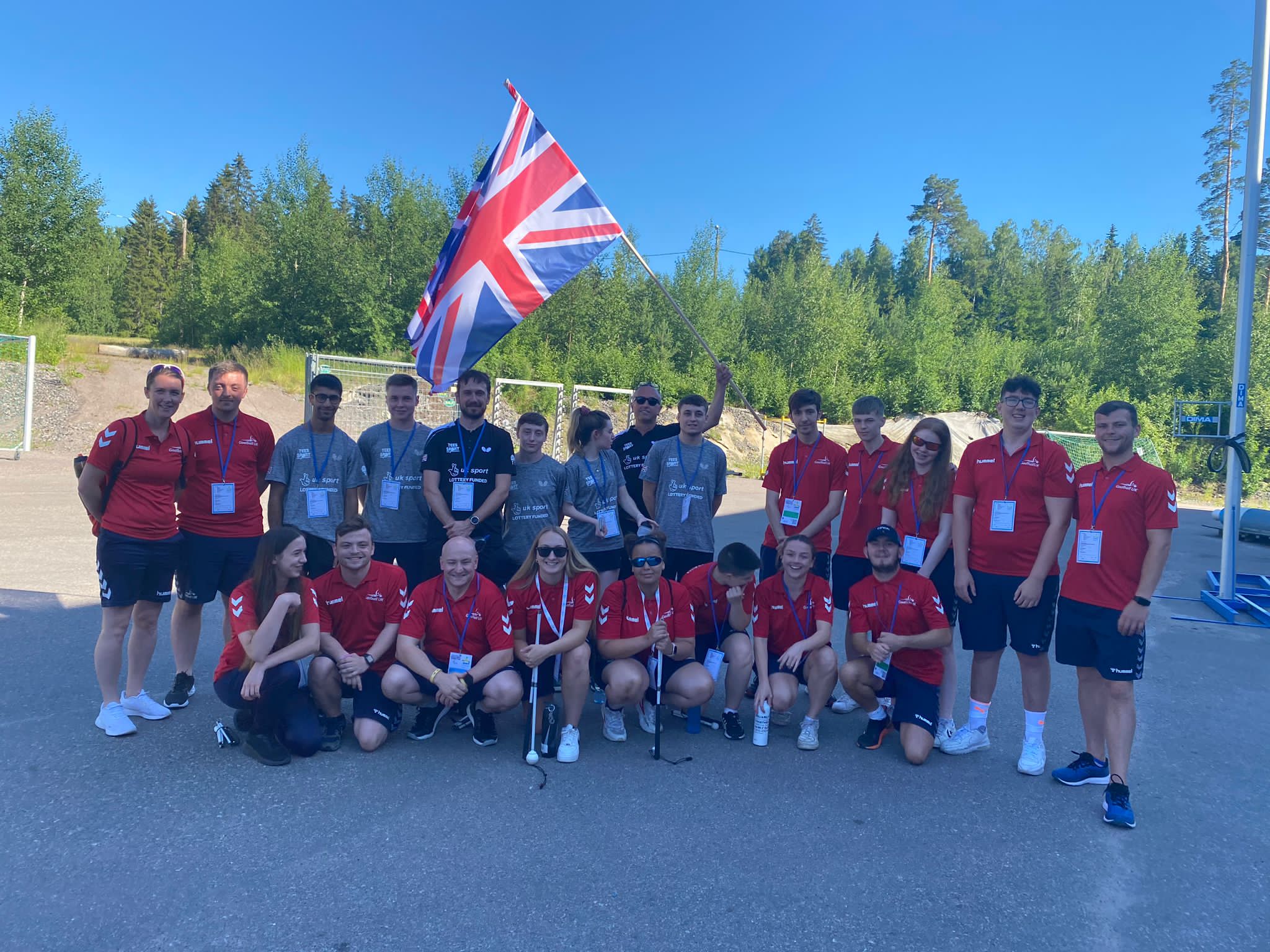 Great Britain was represented by an Under 19 Men’s & Women’s squad for the first time at the EPYG, which is fantastic and demonstrates the development of youth goalball in the UK.

The Women’s playing squad included Freya Gavin, Samantha Gough, Chelsea Hudson, Alex Ulysses, and Ciara McDonagh. Meanwhile, the Men’s squad consisted of Jacob Hare, Paddy Harmer, Conall Moore, and Bobbie-Jack Spencer-Sallis. Many of the team were competing in their first major international competition, so spirits were high for the journey ahead!

What was the format of the goalball competition at the EPYG?

GB Women took on Israel and Turkey. Every team played one another twice, providing an opportunity to learn about each other going into the finals. Whoever finished 1st flew straight to the final, meanwhile 2nd & 3rd would play in the semi-final.

GB Men took on Denmark, Israel, Finland, and Spain. Each team played one another once, with the top 3 teams going straight to the semi-final, with 4th & 5th going against each other in a quarter-final.

GB Men played two games on the opening day of the EPYG 2022, starting with Spain and winning 8-5 in their 1st fixture as an international squad! Unfortunately, their second game vs Israel didn’t end in the same fashion as they lost 12-4. Means they went into day two with 3 points and are still in a good position to avoid the extra fixture of the quarter-final.

GB Women started their campaign as international goalball players vs Israel. The game ended 3-5 to Israel, with GB making critical errors early on, but still clawed their way back from 1-4. Their 2nd game of the day was against Turkey, which ended 13-3 against a very strong side featuring Paralympic gold medalists! Despite losing their opening 2 games, Saturday was a new day and another opportunity to learn. 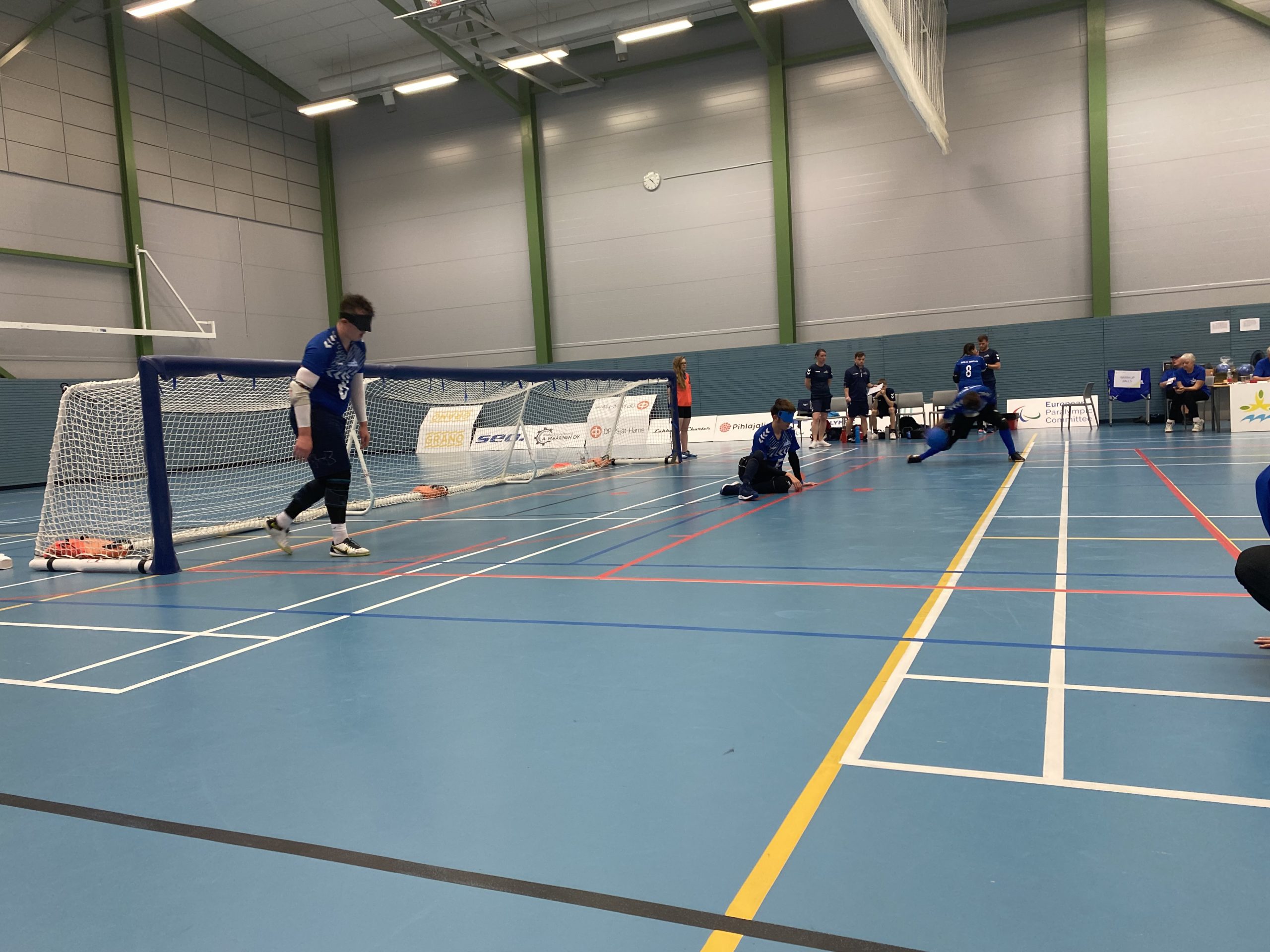 GB Women’s day 2 format was a replica of day 1, as they faced Israel. The result was a 5-7 loss, but despite the same difference in scoreline; the team had a much-improved performance as players were building their confidence which was clear to see.

Their 2nd game was another fantastic and improved performance against Turkey. With Turkey’s firepower in attack, it was always going to be difficult, but GB stood strong and frustrated Turkey throughout the game. Turkey made this clear by shouting across the court, as GB continued to make epic saves and go toe to toe trading goal for goal. Turkey’s experience prevailed as they ran away with an 8-3 win. Therefore, GB finished 3rd and would take on Israel in the semi-final as Turkey went straight to the final.

Meanwhile, for GB Men, their opening game was against Denmark, which ended in a 12-2 loss after Denmark scored quick-fire goals in the 2nd half which meant they secured the momentum to force a mercy. However, spirits were high in the GB camp, as GB had 1 game left to play against Finland, which turned into a must-win to avoid the quarter-final. Despite their experience, GB’s maturity shone through in their final group game to secure a 10-5 win, which shows brilliant resilience to overcome the disappointment of their loss vs Denmark.

Going into Sunday and the final day of the EPYG, the dream of gold was still alive for both our Women’s & Men’s squads! 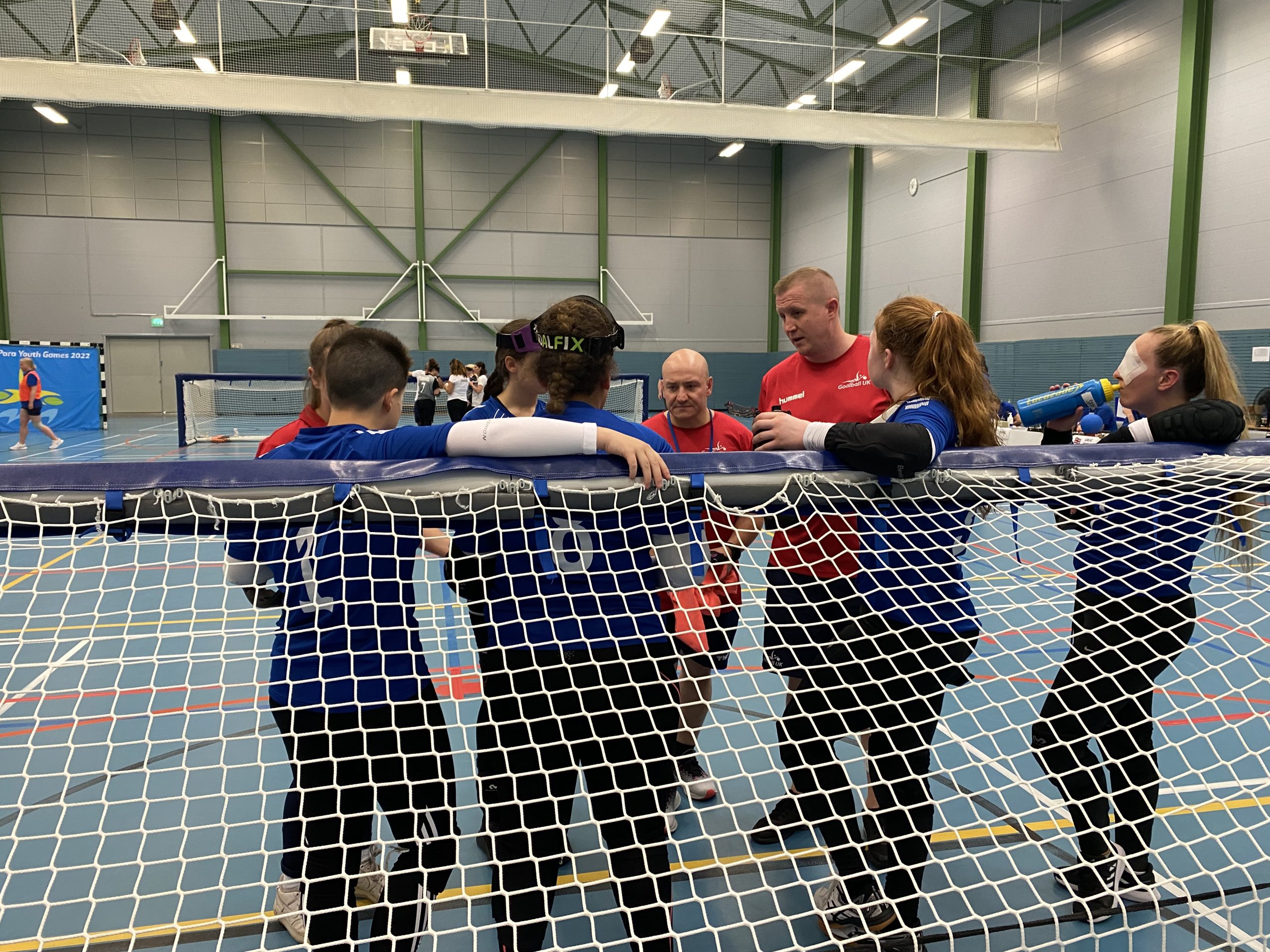 The Men’s squad kicked off the day for GB against Denmark in the semi-final. GB knew they would be in for a tough encounter after their loss to Denmark in the pool game. The 1st half started off with the makings of a close affair with GB standing strong against Denmark’s powerful attack. Unfortunately, this did not last long and Denmark began to pull away on the scoreline. This continued into the second half until Denmark forced a mercy with the end result being 12-2. This meant GB would take on Spain in the bronze medal game after they lost their semi-final to Israel.

GB Women faced Israel for the 3rd time in the semi-final, with learnings taken from both games prior, as GB edged closer and closer to that elusive 1st victory. This would set up another 24 minutes of learning vs Turkey, and a chance to win gold! We’re sure the game didn’t start how coaches Aaron Ford and Tommy Britton would’ve hoped, as Israel scored an early goal to go 1-0. Nevertheless, Chelsea Hudson and GB scored a fantastic penalty to make it 1-1. The remaining 8 minutes of the 1st half was a stalemate until the final minute when Israel scored two quick-fire goals to make it 3-1 at halftime. In the second half, the GB Women’s clawed their way back to 3-2, before Israel scored the final goal of the game to make it 4-2. This meant that Israel would proceed to the final against Turkey, and GB would claim bronze! 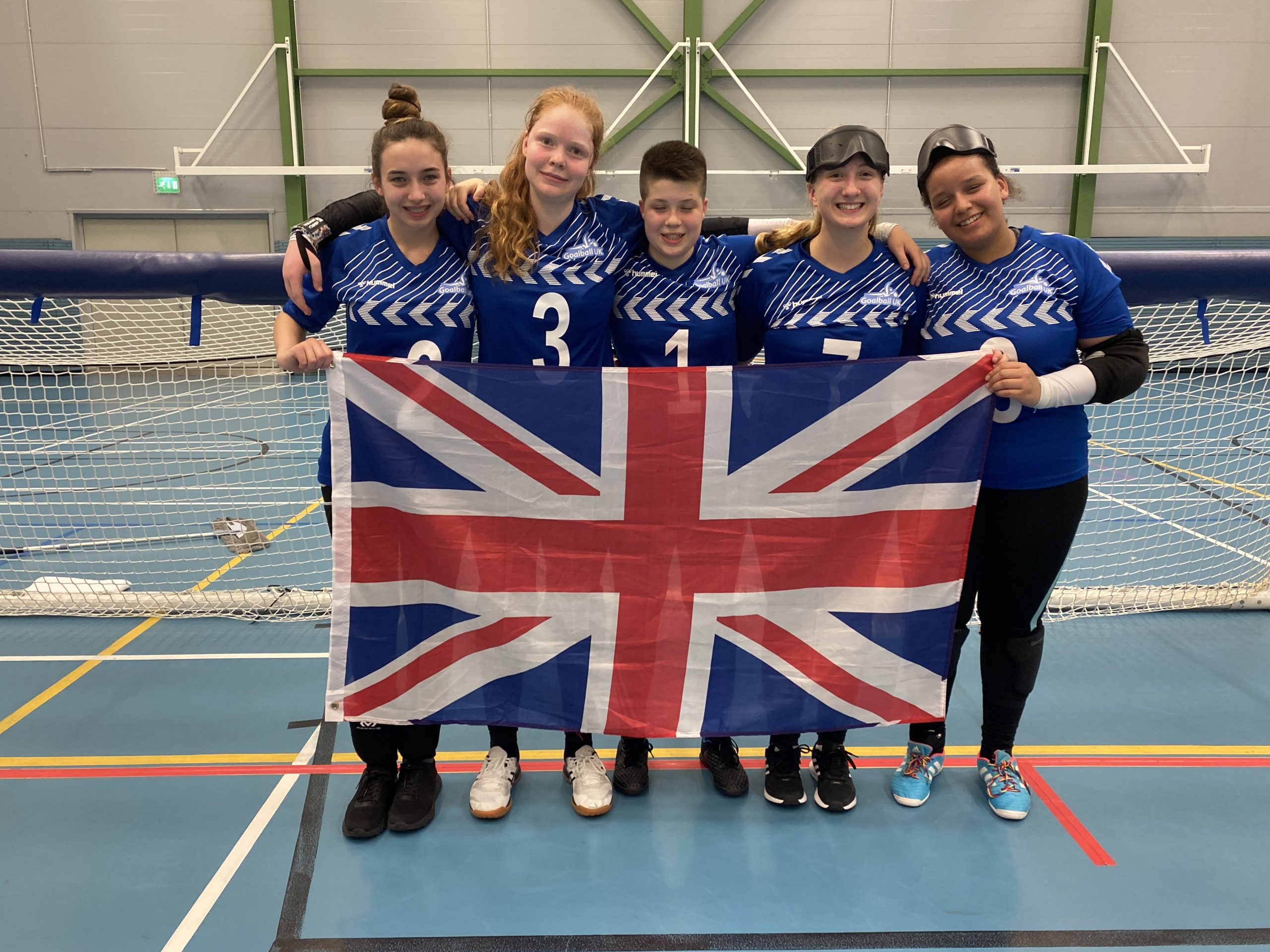 The GB Men came back to the court for the final time against Spain in the bronze medal game of the Men’s bracket of the EPYG 2022. Their first fixture ended in an 8-5 victory for GB, with both teams developing throughout the competition which made for an exciting game. GB charged out of the blocks and built a 2-0 lead thanks to goals from Paddy Harmer, who score to make it 1-0 with the first shot of the game! GB stayed ahead for the entire game and showed maturity to handle the pressure Spain was applying, to win 9-6! A fantastic achievement for the Men’s squad, who like the Women’s squad were all competing in their first international competition. 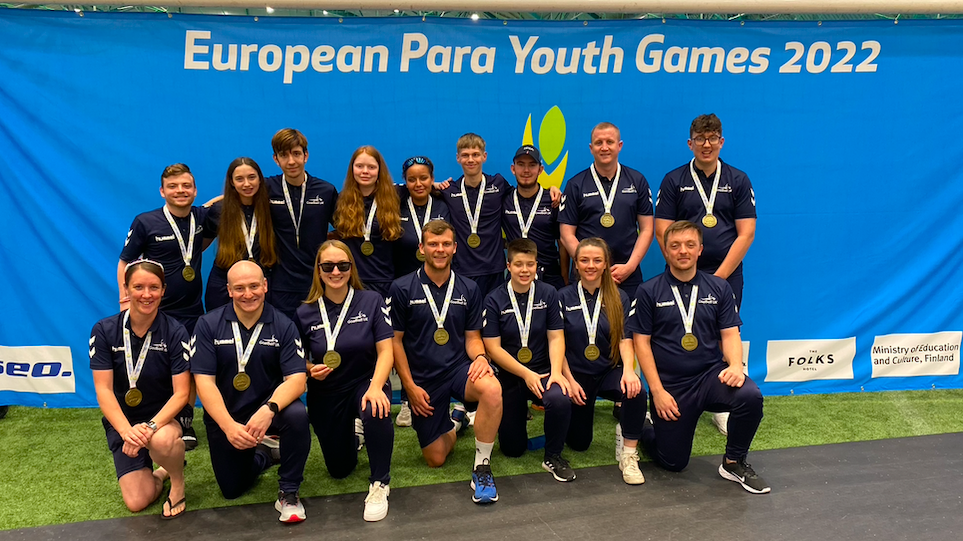 Congratulations to the Women’s & Men’s GB squads for winning bronze at the European Para Youth Games, we are so excited for their journeys that lie ahead!