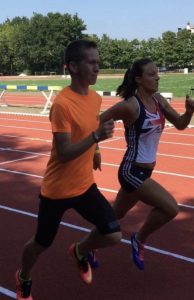 Today, we are featuring Tash Mead who for the past few seasons has been playing for RNC Academy.

I was fairly unfamiliar with goalball before starting my studies at RNC in 2017. However, I was given the opportunity to take part in a goalball session by the GB Women’s coach Aaron Ford and that was where it all started.

It was a sport that to me looked simple enough to grasp, although it soon proved to be much harder! The tactics, on court orientation, the distance I need to travel with the ball, how long to hold it, as well as getting used to using the tactile lines, all meant that I found it quite difficult to start with.

Having always been an individual athlete, there was the added challenge of learning to compete in a team. Despite all this, I loved this challenge – it was something new!

I started playing in the Goalball UK National League, learning the sport and continually improving. After only a short period of time, I was selected to play for a GB talent team in a tournament in the Netherlands! Representing my country was amazing. I learned a lot from this trip and took back some great memories including scoring my first international goal. This experience also allowed me to then help others back home improve their game.

We also went to Sweden to compete in the Malmo Open. Again, it was great to travel with the team and compete against other top teams, whilst being able to spend time with my friends. There was lots of off court fun! 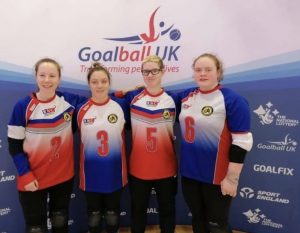 Athletics was my first sport really. I loved PE and when I was in Year 7 a Development Officer from British Blind Sport invited me to take part in an event. I competed in the 100, 200, 300, 400 and 800 metres – winning each race! As I did so well, this inspired me to further pursue athletics.

I started training and progressing and soon I was travelling with the South West athletics team to Blackpool to compete in the National Disabled Junior Championships. It was a points system where every team needed a representative in each race. This meant I competed in the 60, 100, 200 and 400 metres plus relay races!

I won all of my races, so was crowned National Champion, and repeated the feat every year for the next eight years! 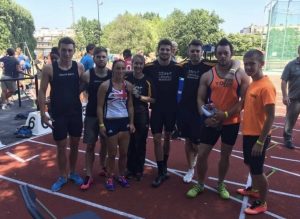 In 2011, at the age of 15, I was selected to represent Great Britain at the IBSA World Youth Championships in Colorado Springs, America. This was an amazing experience. Especially the opening ceremony – that will be something I will remember forever! Everything was on another level, the races had full line-ups of the best visually impaired athletes in the world. I did really well and managed to get 4th place in both the 100 and 200 metres!

During my time competing, I travelled to three UK School Games in 2008, 2011 and 2012. I have to say my favourite was in 2012 at the Olympic stadium just one week before the start of the Olympics – the setting was amazing. We stayed in the athlete’s village and competed in the stadium, that was something special! The atmosphere was incredible, it was overwhelming.

I unfortunately didn’t manage to qualify to be in the 2012 GB Paralympic squad and ended up competing less and less over time. I still love to train though and occasionally compete locally. I find it really helps with my general fitness, as well as my mental health, which is really important!