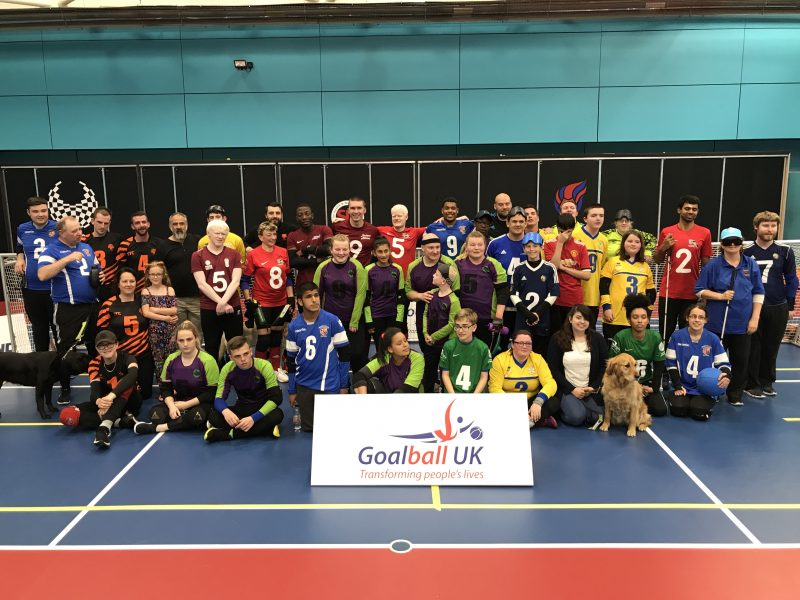 Goallball UK is launching a new competition structure ahead of the planned return to action in September.

The Clubs and Competitions Committee at Goalball UK has developed the new format for each of the three levels of play – Novice, Intermediate and Elite – following wide–spread consultation with clubs and players in January 2020 and again in March 2021.

Tom Dobson, Clubs and Competitions Officer at Goalball UK, said: “First and foremost, we are really excited to be back in a position where we can start preparing to welcome back each player, coach, official and volunteer.  We have missed this competitive side to our sport so much over the last year and a bit and this announcement is a major milestone in our journey back to normality.

“Following a comprehensive consultation, that we were pleased that so many of you contributed to, we are delighted to announce these changes to how our competition structure will operate. We believe that this new structure will create an even more exciting level of play, and the new elements will be the catalyst to enhance the competition for the brilliant clubs taking part.

“We are still finalising planning including calendar dates and entry details, but we wanted to share these plans with you all at the earliest possible opportunity.”

The start of the new season is of course subject to Government restrictions regarding COVID-19.

The Novice level will be delivered across three regions, with a tournament-by-tournament structure creating regional league tables. There will be three standalone tournament dates per region and clubs will battle it out to qualify for the new National Finals.

While at Intermediate level, the league structure will take place across two regional divisions – North and South. There will be up to four fixture dates per region throughout the season with teams competing in a new fixture format to become Regional League Winners and earn their spot at the National Finals.

The Elite structure will remain one nationwide league but will be renamed the ‘Goalball UK Super League’. There will be three fixture weekends with teams competing across the season in a new fixture format to become the Super League Winners. Like in the Novice and Intermediate leagues, the highest placed Elite teams will qualify for a place at the National Finals.

The new National Finals competition will bring together the best teams from the leagues to compete across a weekend to be crowned national champions at each playing level. The number of qualification spots available for the National Finals from each league will be announced in due course prior to the start of the season.

As for the three cup competitions – Goalfix Cup, Intermediate Trophy and Novice Shield – these will all remain in place and will not see any change from the 2019/20 season

The End of Season social event will be expanded to a full weekend, allowing players to access additional court time and provide the Goalball Family more opportunity to socialise on the Saturday evening.

Outside of the formal competition structure Goalball UK is committed to developing additional competitive opportunities for women and girls, junior players, and countries from the Home Nations.

Click here to view a diagram image of the new structure