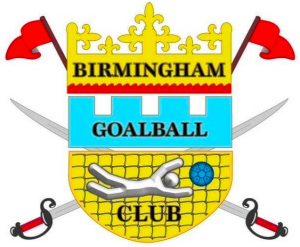 Birmingham Goalball Club was formed in late 2012 after a boom in interest in the area following the London 2012 Paralympics. Since their first appearance in a Goalball UK competition in March 2013, the club have competed at every level of play (novice, intermediate, and elite) and picked up medals along the way.

Birmingham has competed in their first season as a team in the Super League (Elite) this year and finished in 5th place out of 9. The team boasts players with plenty of international experience such as current Great Britain Men’s player Josh Murphy, who also finished 2nd in the Super League goalscoring charts with 105 goals across 16 games! Former Great Britain player Yahye Siyad will also be pulling on a Birmingham jersey after making his return to goalball this season. Not to mention Mo Ahmed, who has represented Great Britain at youth level.