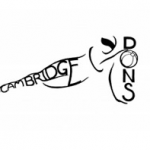 Cambridge Dons Goalball Club was founded in January 2012, as a result of work to create a visually impaired sports club in Cambridge with the backing of Cambridge City Council. Initially, Warren Wilson and Alan Chamley set up the club with help from their family and friends. They competed in their first Novice tournament in April 2012 in Nottingham, where they took home a medal on their first try! Cambridge has grown to be one of the biggest clubs in the UK since, with a deep passion for providing opportunities for the younger generation of the #GoalballFamily.

There is a wealth of experience in this year’s Cambridge Dons squad, with current Great Britain players Sarah Leiter and Kali Holder, along with former Great Britain players like Michael Sharkey, and Anna Tipton. The team will look to call upon this experience at the Goalfix Cup to finish higher than their placing in the Suger League (9th of 9). Nevertheless, the Dons are only the second team to feature a full squad of 6 players, so will have plenty of options for people to come off the bench to make a difference in their favour.