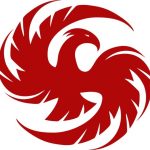 Phoenix Blaze was formed in 2017 and has competed in every Elite league season and Goalfix Cup following its formation. Despite not being on the winning side of every result, other teams always have to be at their best if they are to come away with the win.

With players coming and going from the squad in recent years, Phoenix Blaze boasts a wealth of experience at their core, featuring 3 former Great Britain players in Dave Butler, Phil Green, and Niall Geddes. The latter of those, Niall Geddes was a part of the London 2012 Great Britain Men’s squad and has experienced the glory of winning the Goalfix Cup with Leicester Bulls. Anthony O’Keefe completes this year’s Phoenix Blaze Goalfix Cup squad, who finished 7th out of 9 in this year’s Super League. As with every team, it will be interesting to see how Phoenix Blaze reflects on their league campaign and if we will see anything different in terms of tactics. Will they go all guns blazing?