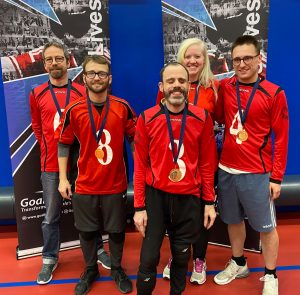 The Novice season continued on Saturday 15th January for Tournament 2 in Sheffield, Birmingham and Winchester!

In an exciting action packed day, all 3 tournaments went down to the wire!

West Yorkshire, Lancashire Lions, Mersey Sharks, South Yorkshire and a Composite team descended on the English Institute of Sport, Sheffield for Region A’s second tournament of the season. It was great to see so many new faces at the tournament, with debutants featuring across the day! 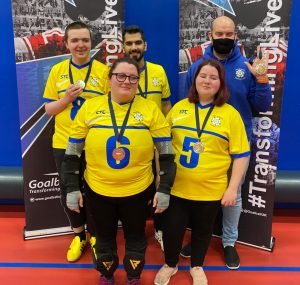 Gold medalists of tournament 1, South Yorkshire had a mixed bag of results in tournament 2, losing against West Yorkshire, Lancashire Lions and the Composite team. Nevertheless, they were victorious against Mersey Sharks. The team gained valuable experience with two members of the team in Andy and Ameen making their debuts! Not to mention, Andy went on to win Player of the Day! 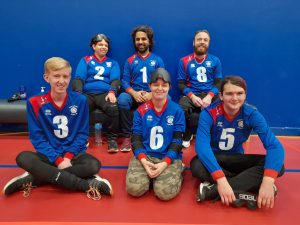 Mersey Sharks will go into Tournament 3 in 4th place, looking to close the gap against South Yorkshire in 3rd. After winning 2/4 games, could they do it? Josh Prince may play a big part within that chase as he goes into Tournament 3 as the male top goal scorer for Region A, scoring the same amount as Jade and Sammie previously mentioned, with 11 goals! 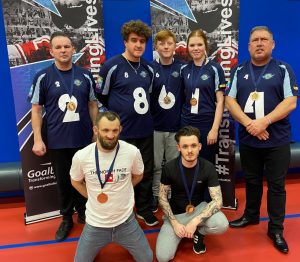 Read the full results via the Novice Region A – Tournament 2 – Results page! 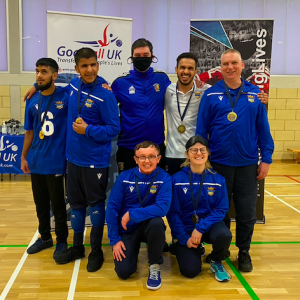 Despite being pipped to the gold medal, RNC Academy had a great tournament with convincing wins versus South Wales (9-1) and New College Worcester (8-3) and winning a close encounter against Birmingham (2-0) with a team featuring Robyn Gell, competing at their first tournament and scoring 9 goals, making Robyn the female top goalscorer! It is all to play for in Tournament 3 with both Birmingham and RNC Academy going into it with 18 points! 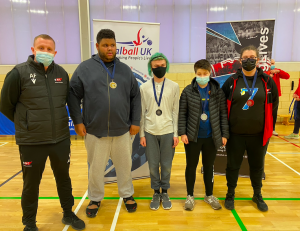 A lovely story to come out of Region B, was South Wales fielding a Young team, literally! Sisters Catrin and Bethan Young played on court with mum Gwennan, is that a goalball first! The Young family, along with the rest of the South Wales team will look to keep a hold of their 3rd spot with 10 points going into the rest of the season, with Nottingham Sheriffs hot on their tail with 6 points!

Read the full results via the Novice Region B – Tournament 2 – Results page!

Winchester Kings were the kings of Tournament 1 winning and got off to a good start in Game 2 winning 9-3 against Croysutt Warriors. Following their game against the Warriors, Winchester Kings would go on to draw against Cambridge Gown 6-6 who themselves were searching for their first win of the season and coming so close! It was eventual gold medalists Croysutt Crusaders knocking the kings crown beating them 4-2! Going into future tournaments for Winchester Kings, Marcus Bu-Rashid will look to continue his prolific goal scoring form, coming away from Tournament 2 scoring 11 goals! 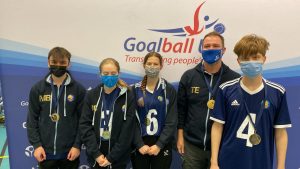 As previously mentioned, Croysutt Crusaders improved massively from their 4th place finish in Tournament 1, coming away with gold!! They got off to the best start they could beating Tournament 1 bronze medalists Winchester Knights 3-1 and remained unbeaten all day finishing with a record of 3 wins and 1 draw. Congratulations once again to Susan Hookway who as well as a gold medal, won Player of the Day! 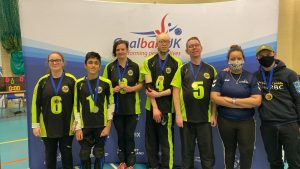 Cambridge Gown, who have finished in 6th place in Tournament 1 & 2, have lots of positives to take into future tournaments after improving their results against teams who beat them in Tournament 1. As told best by player Eilidh Johnstone in her post tournament blog , the team headed into the final minutes of fixtures one goal up against Winchester Kings but agonisingly conceded a penalty in the final seconds meaning the game ended 6-6! 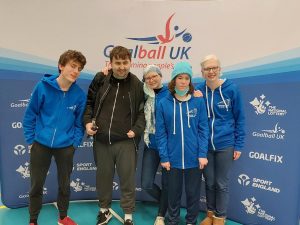 Check out the full results via the Novice Region C – Tournament 2 – Results page!

Well done to all teams and good luck for the Novice Shield on Saturday 2nd April at Bromsgrove School, Worcester Road, Bromsgrove!