The Super League table is hotting up as the season continued last weekend with Matchday 2 at the English Institute of Sport, Sheffield. Northern Allstars sit pretty at the top of the table with an impressive 30 points after 11 fixtures, resulting in 10 wins and 1 loss! Winchester Kings and Fen Tigers are hot on the Allstars tails, however, with Winchester on 24 points, and the Tigers on 27 points both having played 10 fixtures. It is certainly all to play for going into the rest of the season! Dan Roper and Caleb Nanevie will certainly be instrumental to their team’s quest for 1st place, as they occupy 1st and 3rd in the male goal scoring charts after Dan has scored a mightily impressive 89 goals, and Caleb scoring 63!

As we know, the goalball season is not always about who wins the most, or scores the most, but how far of a journey teams travel on throughout the season. It was great to see the progress of Cambridge Dons, who both picked up two victories of their Super League season, beating Fenland Tigers 10-7 and Phoenix Blaze 14-8. To contradict ourselves in the season not always being about who scorers the most, Kali Holder will certainly be an important figure if Cambridge are to continue this upwards progression in scoring 31 goals, making her the highest scoring female player in the Super League so far! 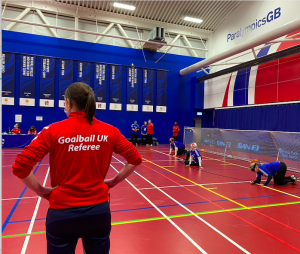 The battles throughout the Super League table continue with the gap between Cambridge Dons in 9th place, to Birmingham in 5th only being 6 points! Croysutt Warriors (8th), Fenland Tigers (7th) and Phoenix Blaze (6th) make up the lower end of the table, with every team playing at least one fixture less than Birmingham, the chase is on! Phoenix Blaze player Dave Butler will look to continue his impressive goalscoring form, along with showing great determination and leadership which resulted in him being awarded Player of the Weekend! 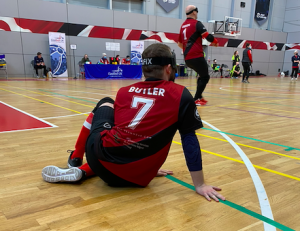 RNC Academy occupies 4th place with 15 points, after securing 3 victories against Phoenix Blaze (12-15), Fenland Tigers (5-9), and Croysutt Warriors (2-6). RNC Academy should request to play as the “away” team for more of their fixtures! It was fantastic to see 16-year-old Chelsea Hudson make her Super League debut, slotting into the team nicely!

Also making their debut in the Super League was Patrick Harmer (16-years-old) of Winchester and Alex Ulysses (18-years-old) of Croysutt Warriors who both certainly made a positive impact on their teams! With many ‘youthful’ players featuring and smashing it for their team, by this we mean you’re only as old as you feel! 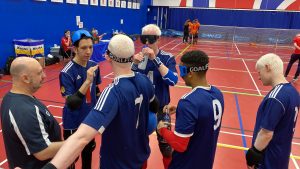 Check out the full results via the Super League Matchday 2 results page!