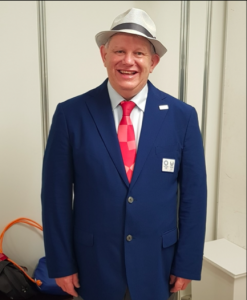 Each Thursday we want to put the spotlight on a person involved with goalball – from players, officials to coaches, or anyone

This week we caught up with Robert Avery!

What is your role at Goalball UK/within the goalball world?

I am a referee and I also do a bit of coaching for the York Goalball Club.

I was aware of the sport in the 1980’s, because I worked in the VI sector in Scotland, but I didn’t get the opportunity to get involved until a club was formed in York following the 2010 World Championships (that were held in Sheffield).

Is there a particular song, artist or genre that you listen to before a tournament to get in the mood?  Or anything you’re loving at the moment?

It tends to be whatever is in my head at the time. At the moment it’s Emily Burns. 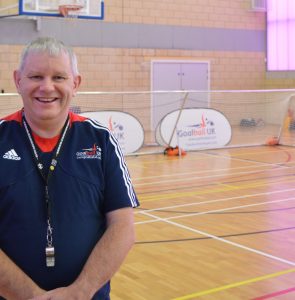 Doesn’t everyone?!!! Left shoe before right, wrap my whistle strap round my wrist after the eyeshades check, sip of water immediately before starting a half.

If I’m in the UK it’s a Chinese from the local takeaway. Internationally it’s whatever’s provided – which isn’t always good!

Jan Bosek from the Czech Republic. He visited the club in York in 2012 at which time he spoke no English and relied on his girlfriend to translate. Since then, he has learned enough English to joke with referees as well becoming one of the stalwarts of his national team and being one of the top players in Europe. He shows great respect to referees and opponents and is a sportsman in the best sense. 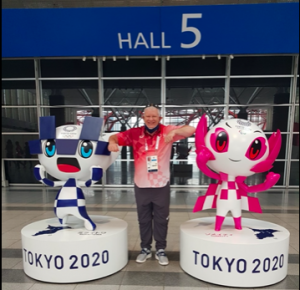 I play cricket and I am a season ticket holder at West Ham Football Club (Come on you Irons!).

So many places. I’d love to see the Great Wall of China, so that is probably at the top of the list at the moment.