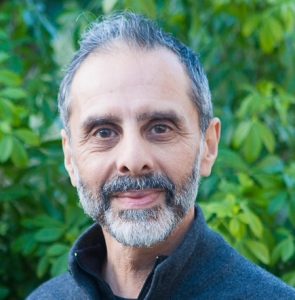 Goalball UK has appointed Ranjit Singh as a non-executive director as the national governing body aims for further growth in 2021 and beyond.

Ranjit brings a wealth of international commercial experience to diversify and strengthen the skillset in the Goalball UK board. Throughout his career, Ranjit has overseen the development of new income streams and implemented growth strategies for a number of organisations.

Alongside his background working with internationally recognised businesses, such as The Body Shop and Virgin, Ranjit also offers a proven track record developing not-for-profit organisations, both here in the UK and in America.

At Girlguiding UK, a leading charity that empowers girls and young women, Ranjit advises the trading company of the charity which generates over £3m for the organisation. He is also involved with the Social Mobility Foundation and mentors socially disadvantaged children during their last year of sixth form.

Whilst living and working in New York, he became a mentor at a unique school, Manhattan Night & Day Comprehensive High School, that served young adults between the ages of 17 and 21 where he eventually became vice-chair of the charitable arm of the organisation.

Speaking about his appointment, Ranjit commented: “I am delighted to join the Goalball UK board at a really exciting time for the national governing body. There are ambitious plans to develop the sport and I believe my commercial background can help amplify the reach of the game.

“I, like many, first discovered goalball during the London 2012 Paralympics and since then have taken a keen interest in parasports. So as a passionate sportsman that has always sought opportunities throughout my career to give back, I jumped at the opportunity to be part of Goalball UK. 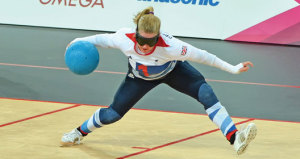 “When the opportunity allows, I am really looking forward to witnessing the sport in person, meeting the communities of goalballers and hearing their inspiring stories. This will be a massive motivator when it comes to building on the successes the Goalball UK team has had over the last few years.”

John Grosvenor, Goalball UK’s chair, said: “We are delighted to have Ranjit join the board. We have been looking for someone to compliment the team in place with a brilliant background growing a range of organisations, whilst also having a passion for sport – and Ranjit ticks both those boxes. We are keen to use his skills, knowledge experience and enthusiasm to help us become more sustainable in creative ways.

“Like many this year has been a tricky one for us to navigate, but I truly believe that we are coming out of it in a really positive position, especially with the likes of Ranjit sharing our journey in the new year and beyond.”