Goalball UK has announced the winners at its End of Season Awards, which includes the Goalfix Player and Club of the Season and the Keith Lound Service to Sport.

While little competitive goalball has taken over the last 12 months, that did not stop the community coming together to demonstrate its reliance, warmth and, most importantly, ability to raise a smile. CEO, Mark Winder began the awards giving with a short message to the Goalball Family.

The London Elephants stalwart has been an incredibly active and ever-present member of the goalball community during this difficult period. Tracy’s engaging personality and positive outlook meant the weekly workout sessions she hosted were a massive hit with everyone that attended.

She was also an integral figure officiating the virtual goalball tournament, lifting spirits with her guide dog Sandy.

Throughout the pandemic, Tracy has continued to be engaged with each of the activities that Goalball UK promoted – from the 5K Day to fundraising during last year’s Two Point Six Challenge.

Tracy’s overall commitment to the sport has not gone unnoticed either. She can often be found on social media raising awareness about goalball and its benefits alongside her London Elephant’s teammates, and has since become a Goalball Ambassador for her work promoting the sport within her community.

Cambridge Dons really impressed the Goalball UK Clubs and Competitions Committee by using the time away from the court as an opportunity to grow the club.

The team worked closely with Goalball UK to achieve the Club Minimum Standards is a framework designed to help clubs become more sustainable. They have also proactively ensured more members of the club completed safeguarding training.

Cambridge Don’s embraced online social events for the goalball community during times when restrictions were at their tightest. These offered a fun and engaging way for players from Cambridge and further afield to stay connected.

The club was also one of the first to return to play when the lockdown measures were lifted. Cambridge Dons followed the guidance faultlessly to provide a safe environment for training to resume. Once up-and-running, the club also invited players from other clubs to join the session if their club was unable to resume, or simply if they just wanted to play goalball again.

Dave has been awarded the coveted prize after to recognise his commitment and outstanding service to goalball over the past 25 years.

During this period, Dave played an important role establishing and growing the Rochdale and Scarborough goalball clubs, with his dedication giving countless opportunity for blind and partially sighted people to experience the sport.

Dave was often found transporting the goals around the country to tournaments, alongside the players from Rochdale. While at the competitions, he was equipped with a pen and paper to keep up with the latest scores and results.

Dave was on the BBS Goalball Committee for many years and was heavily involved with the transition to Goalball UK. He was a member of the Domestic Advisory Committee (The DAC), which is now known as the Club and Competitions Committee (The CC), helping the sport to continue to grow in the early days of Goalball UK.

Dave’s involvement with goalball is now behind him, but he still puts in the occasional appearance at tournaments – purely as a fan.

Russell Warnock, founder of Goalfix, said: “I would like to offer our congratulations to all the winners of this year’s awards.  Well done on your achievements during a challenging stop-start year. I would also like to acknowledge the drive and commitment of everyone involved in goalball across the UK including the coaches, players, parents, carers and everybody at Goalball UK who have worked so hard to maintain communication and support over the last twelve months. The national game is in a good place and there is much to look forward to.”

Mark Winder, CEO of Goalball UK, said: “In what has been a difficult year due to the pandemic, it has been great to be able to showcase the wonderful people we have involved in the goalball family. Congratulations to each of the winners. I would also like to pass on my sincere thanks to Russ at Goalfix for their support in these awards.” 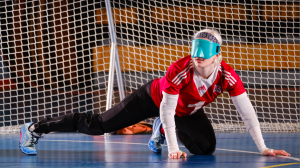 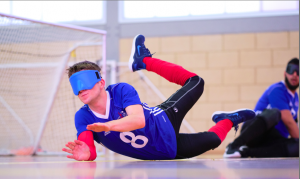