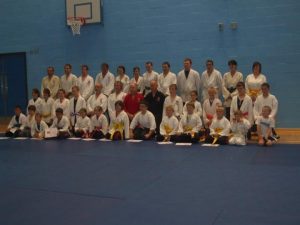 Today, we are featuring Megan Smithson-Booth who plays for RNC Academy and is in the Women’s GB squad:

Until starting at RNC in September 2018, I had never played goalball before. Regularly training and playing alongside experienced players, I quickly improved. In my first season I played in 3 Novice tournaments and was the 2nd highest female goalscorer in the South & West League.

I also got invited to a GB training camp (at RNC) with Israel which was a great opportunity. Following this I was selected for tournaments in Finland and Turkey and then, in the summer of 2019, I was selected for the World Youth Championships in Sydney, Australia! We won bronze. It was brilliant!

I was then selected for the European Championships in Germany. We made it to the semi-finals but unfortunately narrowly missed out on a medal, finishing 4th.

I have continued to train hard at home during lockdown so that when we return to goalball I will be fit and ready. My ambition is to represent GB at the 2024 Paralympic Games in Paris. 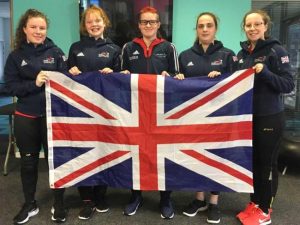 Taijutsu is a martial art that involves stand up grappling and ground fighting as well as some knife skills. I started going to sessions at my local leisure centre when I was just 6 years old as my grandma thought it was important for me to learn some self-defence skills.

I entered regional competitions to begin with, and then national competitions, progressing to a brown belt. I still go along to sessions now when I’m back home and hope eventually to become a black belt. As it is a very tactile sport, my visual impairment doesn’t really put me at a disadvantage.

I also enjoy kickboxing. I started this when I was 14 because I wanted to do something which involved more fighting! We do sparring and circuit type classes which are fantastic for your fitness. As with any sport there is also a really good social element.