Intermediate South Matchday 4 – Does it have to end?

The final Matchday of the regular Intermediate season. Check out who will face West Yorkshire and Fen Tigers in the National Finals! 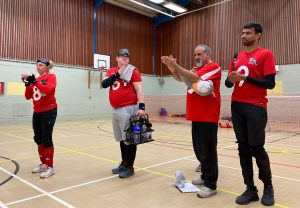 Two places are up for grabs for the National Finals from each region of the Intermediate League. West Yorkshire and Fen Tigers, who qualified from the intermediate North League would surely be watching closely to find out who their opponents will be from the South League. The 4th and final Matchday of the South League took place at Mosely School, Birmingham on Saturday 7th May.

Going into Matchday 4, Winchester Kings were sitting pretty in 1st place on 30 points, followed by London Elephants on 28 points, and 3rd place Croysutt Crusaders on 18 points looking to earn a spot in the top two.

Croysutt Crusaders had an opportunity to close the gap in their 1st fixture of the day against RNC Hereford. Unfortunately, this did not go to plan with Hereford coming away 7-2 winners. RNC Hereford went on to win 2 of their remaining 6 fixtures, with a 6-1 victory over Birmingham and a forfeited 10-0 win over Croysutt Warriors who were not able to field a squad due to player absences. RNC Hereford ended their season in 7th place out of 9, with several players gaining their first taste of Intermediate goalball and will look on to build on this in seasons to come. 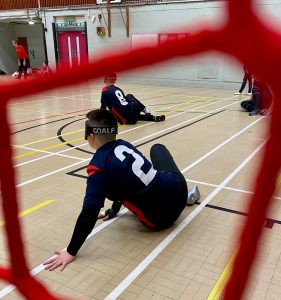 Cambridge Gown started the day on 15 points, only 3 points behind Croysutt Crusaders and with an outside chance of finishing in the top 2 themselves depending on results with London Elephants and Winchester Kings. Gown has gone from strength to strength and may have wished for the season to continue into a Matchday 5 and 6, as they picked up a healthy number of points in Matchday 4. Cambridge Gown finished on 33 points; the highest points haul out of all the teams competing in this Matchday. Cambridge leapfrogged into 3rd place as Croysutt Crusaders only picked up 6 points from their forfeited results versus Croysutt Warriors and RNC Academy.  Not to mention Cambridge Gown being the 1st and only team to beat Winchester Kings this season, ending 6-5! 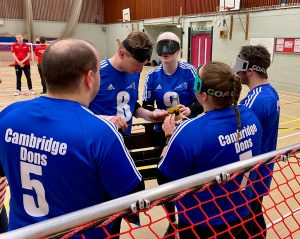 Birmingham, with players who have a wealth of experience in the Intermediate League, would be hoping to be further up the table. Nevertheless, what is demonstrated throughout a Birmingham performance is togetherness, most notably shown before a game with the bellow of “Who are we? Birmingham!!!”.

Birmingham finished off their season with 4 losses and 2 wins, finishing in 6th place. Their first 3 fixtures ended in losses to high flying Cambridge Gown, 6-12, 3-9 to Winchester, and a close encounter vs London Elephants which ended 3-4. Birmingham picked themselves up and performed excellently to win 8-1 vs Croysutt Crusaders, with their last game ending in a 6-1 loss to RNC Hereford. Birmingham did however pick up 3 points against Croysutt Warriors, who had to forfeit Matchday 4.

Laura Brooks of Birmingham was Matchdays 4 Player of the Day. Laura played in the centre and guided her team tremendously despite results, against some very good opposition. Well done, Laura! 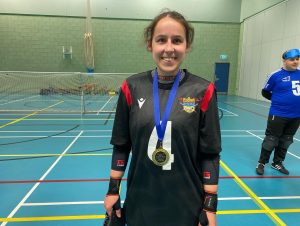 Winchester Kings and London Elephants, who went into Matchday 4 in 1st and 2nd place, retained their placings to qualify for the National Finals!

They will take on West Yorkshire and Fen Tigers at the English Institute of Sport, Sheffield from Saturday 2nd – Sunday 3rd July!