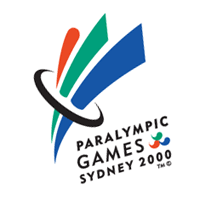 Today is National Sporting Heritage Day, so we caught up with Ann Fairweather who was part of the GB Women’s squad for many years and asked her specifically about her memories of the Sydney 2000 Paralympics.

I had previously represented Great Britain at European and World Championships. However, these were goalball only events so did not compare to the multi-sport experience of a Paralympics.

The Athlete’s Village was huge! Only teams and support staff were allowed in. There was a mix zone though where families could visit. Here there were shops and arcade games but we were banned from playing air hockey as, because we couldn’t see, several of us ended up with bruised fingers from trying to save goals! Mixing with so many athletes with so many different disabilities and from so many different countries was an experience I will never forget.

We shared a large 5-bedroomed house with the wheelchair fencers. As our tournament didn’t start straight away, we went to support them in their competition as well as some other athletes. Several of us almost lost our voices cheering on the wheelchair table tennis team who won a silver medal!

There was a 24-hour food court with all sorts of food available although we were not allowed to partake of the 24-hour McDonalds until after our tournament! Our coach did take full advantage of the endless supply of Magnum ice creams though! Two of my most abiding memories of this were the sobering effect of such unlimited food on the athletes from third world countries who were overwhelmed by the amount and variety of food available. The other was a much happier memory of singing ‘Happy Birthday’ to Katy who was 17 while we were there and having at least half of the dining hall joining in even though they didn’t know her!

The most awe-inspiring experience for me was the Opening Ceremony in the Olympic Stadium, walking around the actual running track with the rest of the Great Britain team, in front of over 80,000 people. The noise of the crowd and the constant flashes of cameras was incredible. I will never forget that atmosphere.

Once the actual tournament began, playing on court with large numbers of spectators in the stands was equally amazing as this was something that we were not used to. It was gratifying to silence the mainly Australian crowd by beating them 1-0 in our first game!

Eight teams had qualified for the tournament, so we played 7 games in total; losing to Sweden; but drawing with Canada, Finland, Netherlands and Spain; and beating USA as well as Australia.

At the end of the round robin, we were in joint 4th place so had to have free throws (i.e. a penalty shootout), without having played a game first, for a place in the semi-finals. Our opponents were Spain who always seemed to be our bogie team. After a full round of penalties, we were still tied so it went to sudden death. Unfortunately, we ended up losing. That hurt for a long time.

In the Women’s squad with me were Ami Turnbull, Katy Colman, Louise Simpson, Natalie Ball and Rachel Hall. Our coach was Clive Spencer with Joanne Crossley as Assistant Coach. Mick Sullivan was also there as Team Manager for both the Men’s and Women’s teams.

Clive Spencer, now a Goalball UK Patron, added some of his memories:

I remember Bjork’s “It’s oh so quiet” always being played in the last few seconds before play but, my abiding memory, of course, is going back for the free throws against Spain (for a place in the semi-finals) and the subsequent tears in the dressing room.

Regarding the win against the USA, we were leading by just 1 goal and I remember taking a time out with 5 seconds remaining and walking on to the court to tell the girls under no circumstances were they to move the ball anywhere! Poor sportsmanship but good gamesmanship.