The final Matchday of the regular Intermediate season. Check out who will face West Yorkshire and Fen Tigers in the National Finals! 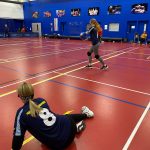 Two weeks ago teams from up and down the three novice regions came together for the last tournament of the regular season. Places were up for grabs for the upcoming National Finals on Saturday 2nd and Sunday 3rd July at the EIS Sheffield.

The novice league is based on three tournaments across the season, with teams submitting an individual entry into each tournament. This is different compared to the intermediate and elite which are league based.

Lancashire Lions, Lancashire Cubs, Mersey Sharks, South Yorkshire, and West Yorkshire competed at the EIS Sheffield. The two teams who qualify for the National Finals will have gained valuable experience over Region B and C teams with it becoming a familiar surrounding!

South Yorkshire and Mersey Sharks kicked off the day, and nothing could be split between them in a Yorkshire versus Lancashire encounter with the game ending 5-5. Lancashire Lions took on their counterparts in Lancashire Cubs, with Lion’s experience proving essential as they tucked the Cubs away 11-2. West Yorkshire took part in their first fixture of the day and won 5-2 against Lancashire Cubs, who despite the result bounced back brilliantly!

With every team taking to the court at least once, teams began to get into the flow of the day. South Yorkshire, who drew their first game, lost a close encounter against Lancashire Lions who picked up their second win of the day (1-3). South Yorkshire picked themselves up to win convincingly against Lancashire Cubs 11-3 and drew their final game against their Yorkshire compatriots West Yorkshire 2-2. This resulted in the Sheffield based team finishing with a bronze medal, and Leo Johnson being the highest male goal scorer! 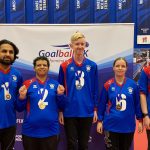 West Yorkshire, outside of their victory versus Lancashire Cubs and their draw with South Yorkshire, beat Mersey Sharks 5-6 and lost to high flying Lancashire Lions 6-1. After two victories, one draw, and one loss West Yorkshire won a silver medal, leaving them with 22 points across the 3 tournaments and qualification to the National Finals! 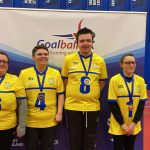 Lancashire Lions who all of their games, being the only team that finished unbeaten for tournament 3 in Region A. This is a fantastic achievement and leads to the Lions also qualifying for the National Finals! 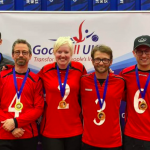 Well done to Wahib Latifi of Lancashire Cubs who was awarded Player of the Day for Region A. Leo Johnson of South Yorkshire was the male top goal scorer, meanwhile Lancashire Lions Sammie Korosi was the top female goal scorer.

Over to the University of Worcester, where 5 teams competed for the crown of Tournament 3 gold medalists and aid teams’ chances of qualifying for the National Finals! It was an RNC takeover with 3 teams out of 5 (RNC Academy, RNC Hereford, RNCB) hailing from Hereford, alongside Birmingham and South Wales.

The day kicked off with RNC Hereford versus RNCB, which was an incredibly close game that ended 5-6. RNCB, a team which featured several debutants faced their fellow Hereford based counterparts in RNC Academy, with the latter sailing away as 9-1 winners. RNCB’s remaining fixtures against Birmingham ended in a 1-6 defeat, however, they ended the day by beating South Wales 12-4. With a 50-50 split with two wins and two losses, RNCB won bronze, which will hopefully instil confidence in the players who competed in their first competition! 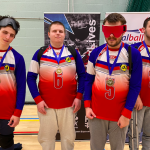 Birmingham, who had a blend of experienced novice players and those who were making their debut, ended their regular season with three wins and one loss. Their only loss was an incredibly close game versus RNC Academy, whom both showed off their defensive abilities in a game that ended 1-2. This was the clinching factor in the tournament as RNC Academy picked up gold, after winning all 4 games! 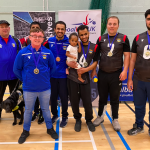 It was a fantastic day for everyone associated with RNC Academy, as as well as winning gold, Daria Asafeti was awarded Player of the Day after performing excellently in her debut appearance. Robyn Gell also held the crown of top female goal scorer for Tournament 3, and over the whole season! 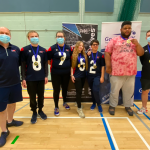 Heading over to Chesterton Sports Centre, Cambridge for Region C, Croysutt Crusaders and Cambridge Gown kicked off the tournament which ended in a narrow 2-1 win for the Crusaders.

Croysutt Crusaders were not able to make it back-to-back victories as their second game ended with a 3-1 loss to Winchester Kings. It became apparent that the Crusaders enjoy being in close encounters as their next game ended in a 3-2 win over Cambridge Town. With their final fixture ending 5-1 versus Winchester Knights. After 3 wins and 1 loss, the Croysutt Crusaders ended Tournament 3 as gold medallists! A fantastic achievement for the team. 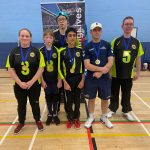 Cambridge Town, playing on home turf showed that they will be a challenge to any team as they beat a well organised Winchester Knights team 8-3. The Town played out a 3-3 draw over a strong Croysutt Warriors side, who boasted the top female goal scorer of the day in Tiffany-Jade Britton (12 goals). After their close 3-2 loss to Croysutt Crusaders, Cambridge Town won their final game against Winchester Kings 2-1. After 2 wins, 1 draw, and 1 loss Cambridge Town won a well-deserved silver medal! 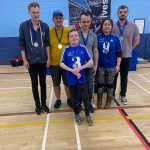 Winchester Kings, a team who consistently provided a challenge to all teams in attendance at Region C Tournament 3 are up next. Their first game ended 6-6 against a team they will meet at the National Finals, the Croysutt Warriors. Their following fixtures ended in a 3-1 win versus Croysutt Crusaders, a 3-2 win over Cambridge Gown, and a 2-1 loss versus Cambridge Town. After 1 draw, 2 wins and 1 loss, Winchester Kings finished their final tournament of the regular season as bronze medallists, missing out on silver through goals difference! 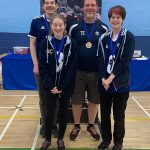 5th placed Winchester Knights player Leo Stubbs was Region C’s Player of the Day, as he scored an impressive 22 goals for the Knights. Well done, Leo!! A special thank you to all teams who supported Cambridge Dons as they hosted a bake sale to support funds for the club. It turned out so well for Cambridge that they raised more than enough money to fund a club training session!

Congratulations to Lancashire Lions, West Yorkshire, RNC Academy, Birmingham, Croysutt Warriors, and Winchester who have all qualified for the National Finals at the EIS Sheffield, on Saturday 2nd and Sunday 3rd July!