The 2021/2022 season curtailed with the annual End of Season tournament at Bromsgrove School on Saturday 16th and Sunday 17th July 2022.

Over 40 players were in attendance with players attending from a variety of clubs. A key tradition of the End of Season Tournament is that teams are randomly allocated on the day, meaning people get the chance to play alongside people they would never usually get the chance to.

Randomised teams, meant they needed a team name! With hot weather as the theme, some stand-out names included; Rainbow Sunshines, Hottie Ice Creams, Ain’t Half Hot and Ayy Caramba! A fun day was had as teams played against one another and got to know their team. 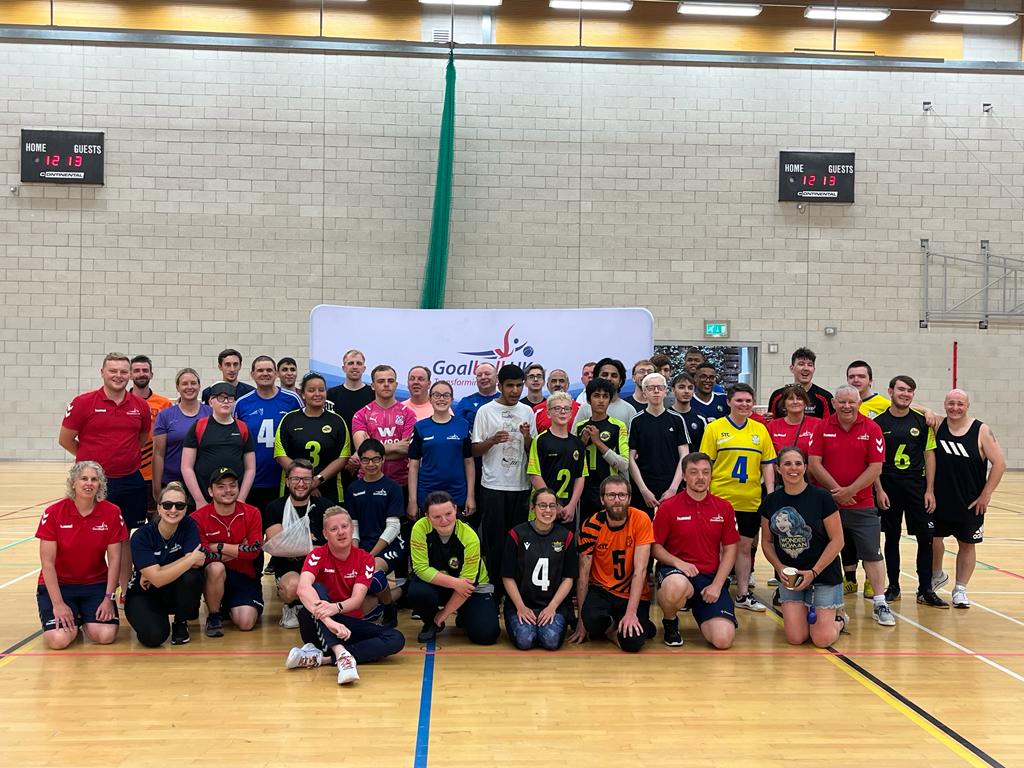 At the evening social, the menu included lasagna which for goalballers who have previously attended the End of Season event is a staple!!

During the evening, 2 awards (Keith Lound Service to Sport and Goalfix Player of the Season) were presented as part of the Goalball UK End of Season awards. The winners of these awards were:

Adam has been a true inspiration in the sport and has grown the Winchester Goalball Club with his family into an amazing, inclusive and successful club. He is a huge ambassador for the sport, and always ensures that you enjoy the game. His enthusiasm is infectious, he encourages joy in the game as much as competitiveness and has helped change the lives of many people.

Adam, who is currently in New Zealand, has said “I am incredibly proud to have been awarded the Keith Lound Service to Sport award! Goalball has made such a positive change to my life, and I am so pleased that it is also having the same impact on others”. 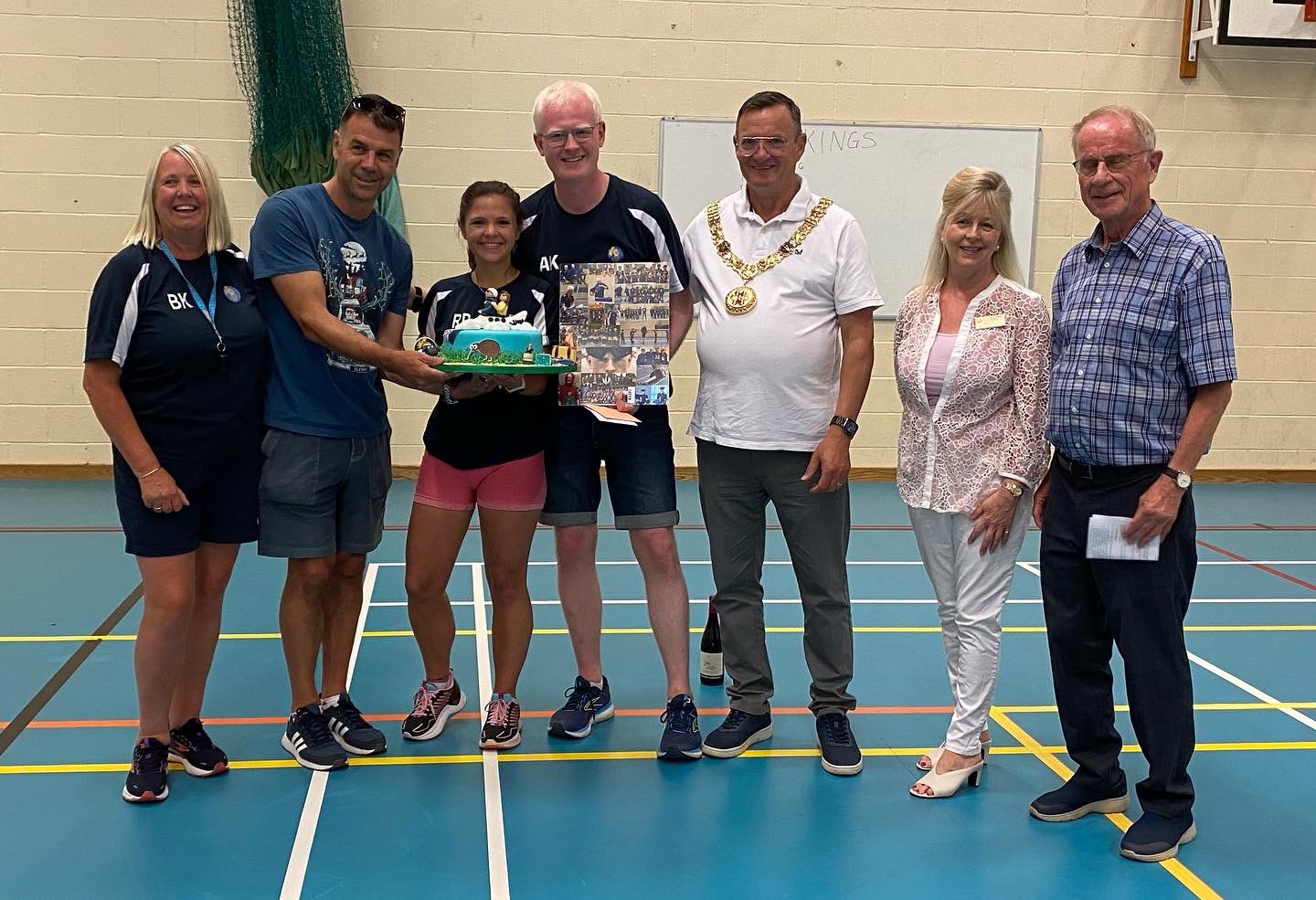 Over the last year, he has matured personally and improved immensely as a player. The hard work he has put in on the court to fix things as a player right and wrong has improved him as a player. He was a big part of the Intermediate team at Winchester winning the Intermediate South league and during the season received a call up to the GB (Great Britain) Men’s Under 19’s squad, with him playing a key role in Pajulathi winning a bronze medal. He fills his team and the club with Pride!

After speaking to Patrick, he said “It feels amazing to have won player of the season as I was not expecting it at all. There are so many good players in the goalball community, to hear it was me was a shock. The highlight of the season for me was the opportunity to go to Finland and play for Great Britain Under 19’s, as well as being part of the Winchester squad that won the Intermediate Trophy this season”. 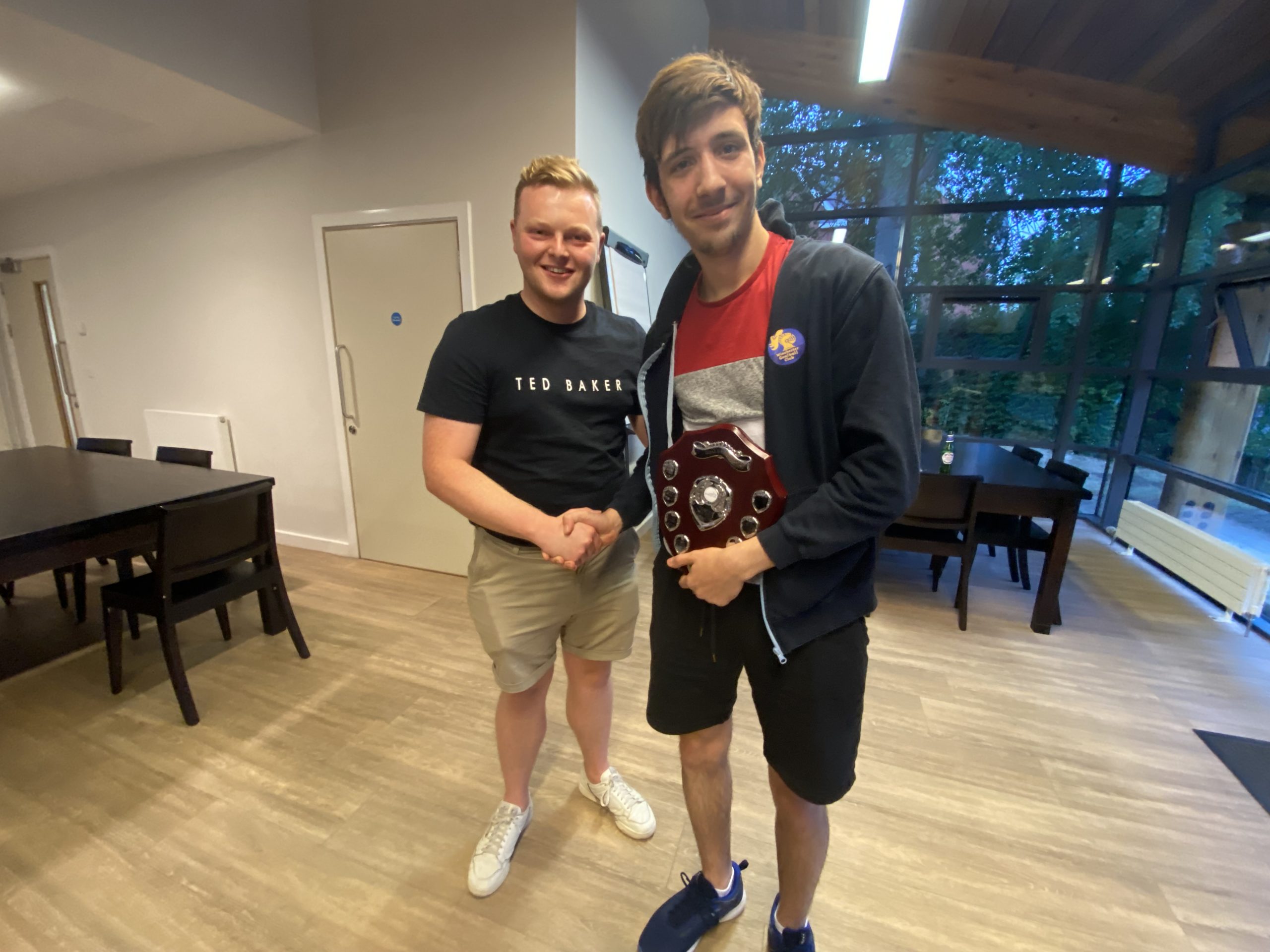 Goalball was not the only sport on offer at Bromsgrove School, as Croysutt Warriors introduced us to Showdown. A growing sport that piqued the interest of many across the weekend, with players and staff alike giving it a go! Croysutt Warriors are leading the way in the UK hosting weekly training sessions. Showdown has also recently featured in British Blind Sport Have a Go Days, and like goalball is a part of the IBSA World Games 2023 in Birmingham! 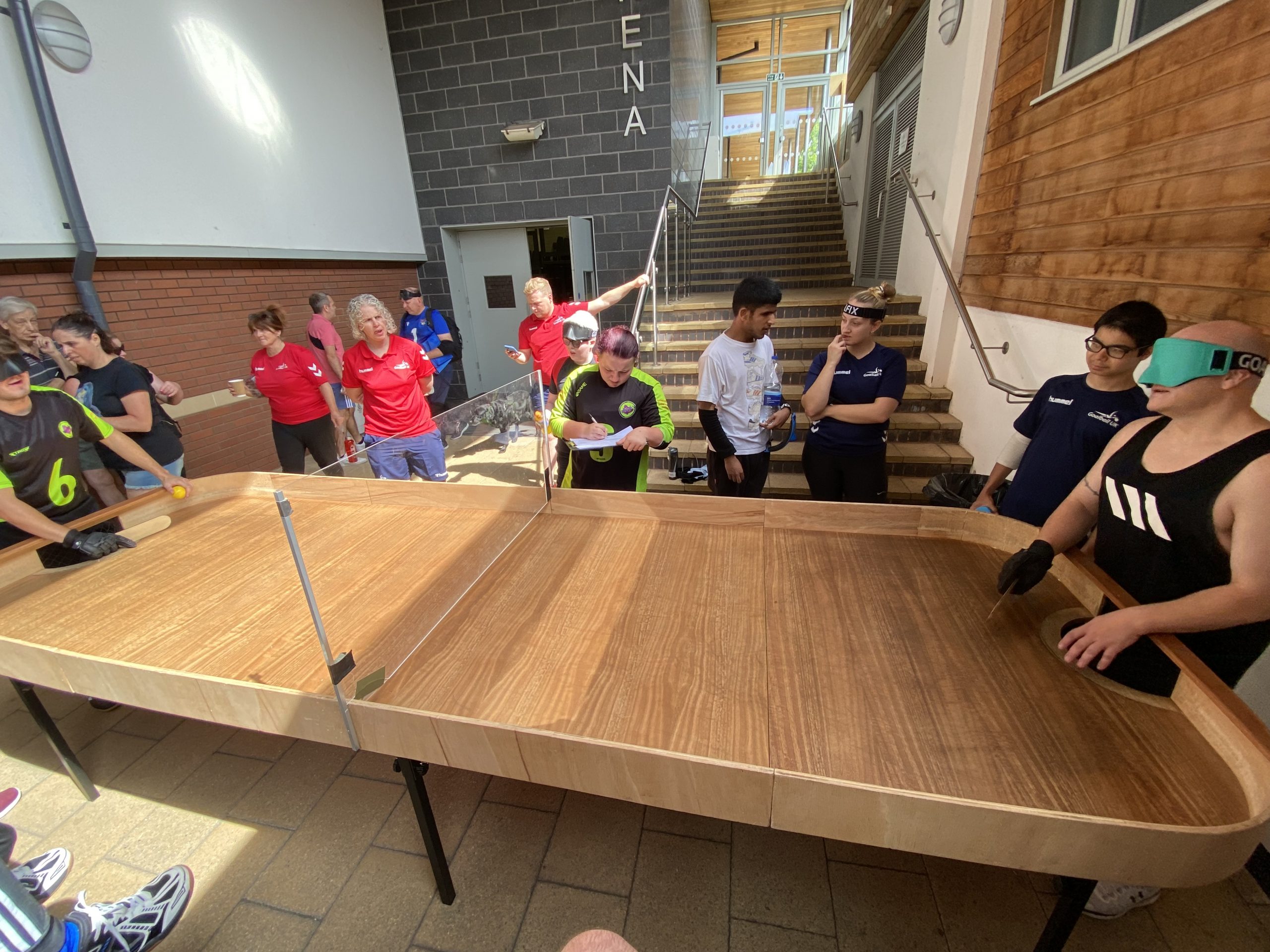 We hope everyone who joined us for the End of Season Tournament had a fantastic time, we know we did at Goalball UK getting to see players come to play, laugh, and learn together.