In case you missed it, Fen Tigers have been a part of the Super European Goalball League (SEGL) 2022 season! Europe’s Elite goalball clubs come together across 2 divisions (Northern, and Southern) to fight for a place in the Finals stage in Rostock, Germany later this year from 27th – 31st October. Fen Tigers have competed in both stages of the regular SEGL season, testing themselves against some of the best players in not only Europe but the world!

The 2022 season has been a year of change for the SEGL, with 3 new clubs joining the Northern division, including the Tigers (HA. VI. 2 Bruxelles of Belgium, and Aarhus of Denmark). This made for an exciting season alongside SEGL regulars Saltinis (Lithuania), Aisti Sport, and Old Power (both of Finland). Stage 1 was hosted in Vilnius, Lithuania from Friday 15th – Sunday 18th February. The highlight for stage 1 for the Tigers would certainly be beating Saltinis 12-11, whose squad includes many of those who competed and won gold for Lithuania in Rio 2016, and bronze in last year’s Tokyo 2020!! Their experience showed as Saltinis went on to win the Northern Division, showing the enormity of the achievement in Fen Tigers beating them!

We caught up with Head Coach Emma Evans about their adventure taking on Europe’s Elite following stage 2’s recent completion (5th – 7th August), and their aspirations for the future following their first season as an SEGL club. 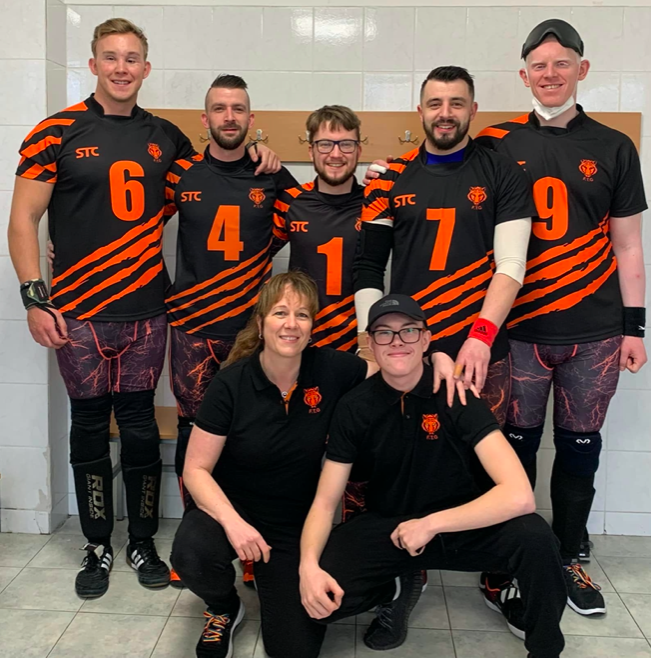 “Our aim for our first season in the SEGL was not to be mercied every game! Our first season was all about testing the water and getting to understand the teams and players we were up against. So, to be going toe to toe with teams like Saltinis, and to be the only team to beat them across the entire North Division was incredible and sent shockwaves through the SEGL. To beat them in Stage 1 too gave us the confidence that we were not out of place, we deserved our spot and that we were in the mix”.

Fen Tigers were on a mission to show everyone that they were a force to be reckoned with, and this monumental result certainly played a part! Their next 3 points from Stage 1 came against HA. VI. 2 Bruxelles in a close but high scoring encounter which finished 18-15, meaning they went into Stage 2 in 5th place out of 6, with 6 points.

In Stage 2, Fen Tigers beat another fellow SEGL debutant in Aarhus 13-6. Unfortunately, this was the only win of Stage 2 as they lost their remaining 4 fixtures against Aisti Sport, Saltinis, HA. VI. 2 Bruxelles, and Old Power. This means Fen Tigers finished and remained 5th out of 6 in their first SEGL campaign. After speaking to Head Coach Emma Evans, their passion for international competition has grown even stronger!

“We are competing in SEGL next year. Players and staff alike have all learnt so much from this experience, made some good links to European clubs and players and had a huge amount of fun. We are also hoping to go to the European Grand Prix next year. We were entered this year but sadly it was cancelled. If money and time were no object, we would certainly be going to other European tournaments.

Meanwhile domestically, our aspirations for the 2022/2023 goalball season are to continue at both Intermediate and the Super League and to work on our defence. But of course, our ultimate aspiration is to continue to have fun as a club and ‘Train Hard / Play Easy!’.

The final standings for the North Division were:

As well as picking up invaluable experiences, testing themselves against Europe’s Elite, and beating Paralympic gold medalists, Fen Tigers had another accolade to celebrate. Dan Roper ended on 62 goals, meaning he was the highest scoring player in both the North and South Divisions of the SEGL! A fantastic achievement for Dan, and we spoke to him to find out how he was feeling:

“I am very proud and quite shocked knowing the calibre of the opposition in the SEGL. This would never have been possible without such an amazing club and team behind me, supporting me, and believing in me to keep fighting even when we were having to dig deep”. 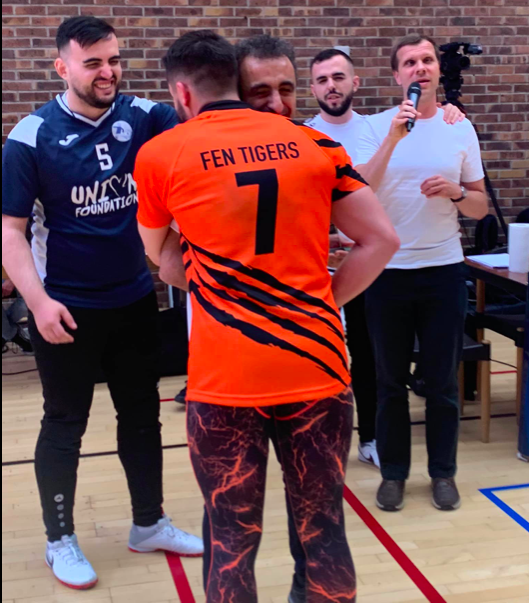 Dan went on to say “I am excited to have achieved this in the run-up to the IBSA European B Championships which are later this year and aim to continue this momentum into Matosinhos, Portugal as part of the Great Britain Men’s squad”. Of course, Dan Roper was not the only Great Britain Men’s squad representative in action for the Tigers in this year’s SEGL. Joe Roper and David Scott also played a massive part in their conquest of Europe, both picking up valuable experience which will put them and the rest of the Men’s squad in good stead to push on from their 6th place finish in the 2021 IBSA European B Championship held in Lahti!

Preparations are well underway for the Men’s squad ahead of the IBSA European B Championships, which take place from 12th – 20th November 2022! 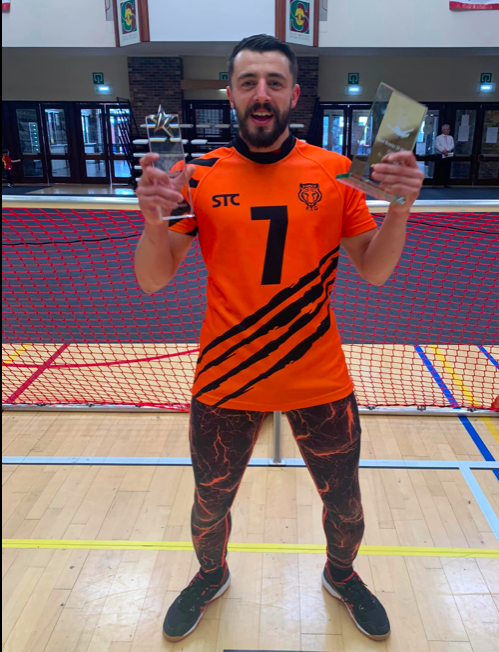 Congratulations Fen Tigers, from everyone at Goalball UK and the #GoalballFamily!