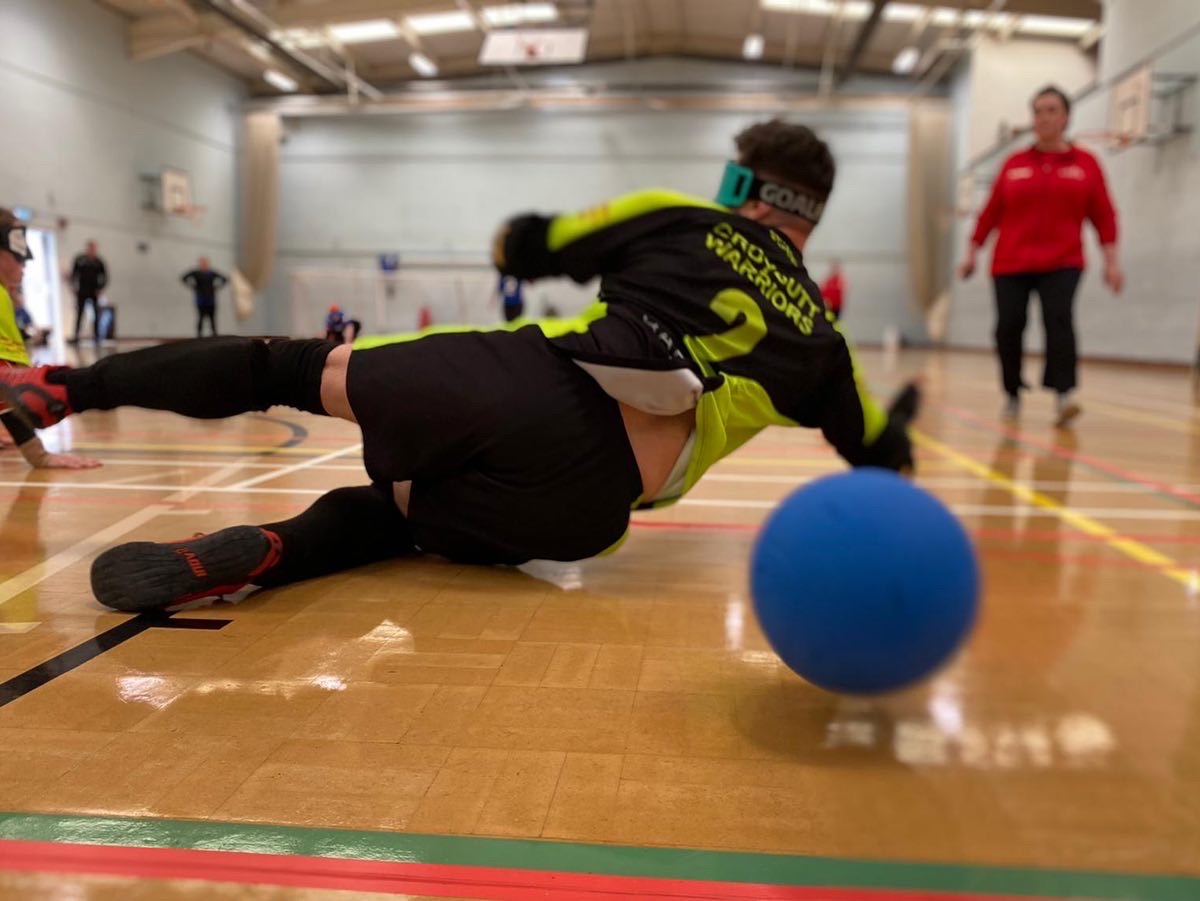 Yet again another ‘final’ Matchday of the season, this time for the Super League (Elite)!

An exciting weekend laid ahead for the 9 teams competing in the Super League (Birmingham, Cambridge Dons, Croysutt Warriors, RNC Academy, Fen Tigers, Fenland Tigers, Phoenix Blaze, Winchester Kings, and Northern Allstars) as they all sought to finish their league seasons on a high!

Like the Novice and Intermediate seasons, teams are competing to qualify for the National Finals (Saturday 2nd – Sunday 3rd July) with 4 spots up for grabs. For teams who do not qualify, Matchday 3 would be the end of the road for their league season.

Early in day 1, the top 2 teams in Northern Allstars and Fen Tigers went head to head in game 3, with an unexpected result of sorts with the Tigers overcoming the Allstars 15-6. This set the tone of the day for Fen Tigers who went on to win their remaining 2 fixtures (12-2 versus Cambridge Dons & 14-4 versus Phoenix Blaze).

Coaches Emma Evans and Daniel Beddis did their best impression of splitting themselves into two by coaching both Fen Tigers and Fenland Tigers across the weekend. Fenland had the definition of a mixed bag for day 1 with 2 wins and 2 losses. In their first two games, Fenland lost 13-3 against Winchester Kings and 12-7 against Croysutt Warriors. The Fenland team must have had a super lunch as they turned the tide and won their remaining 2 games against Birmingham (14-12) and Cambridge Dons (12-7). 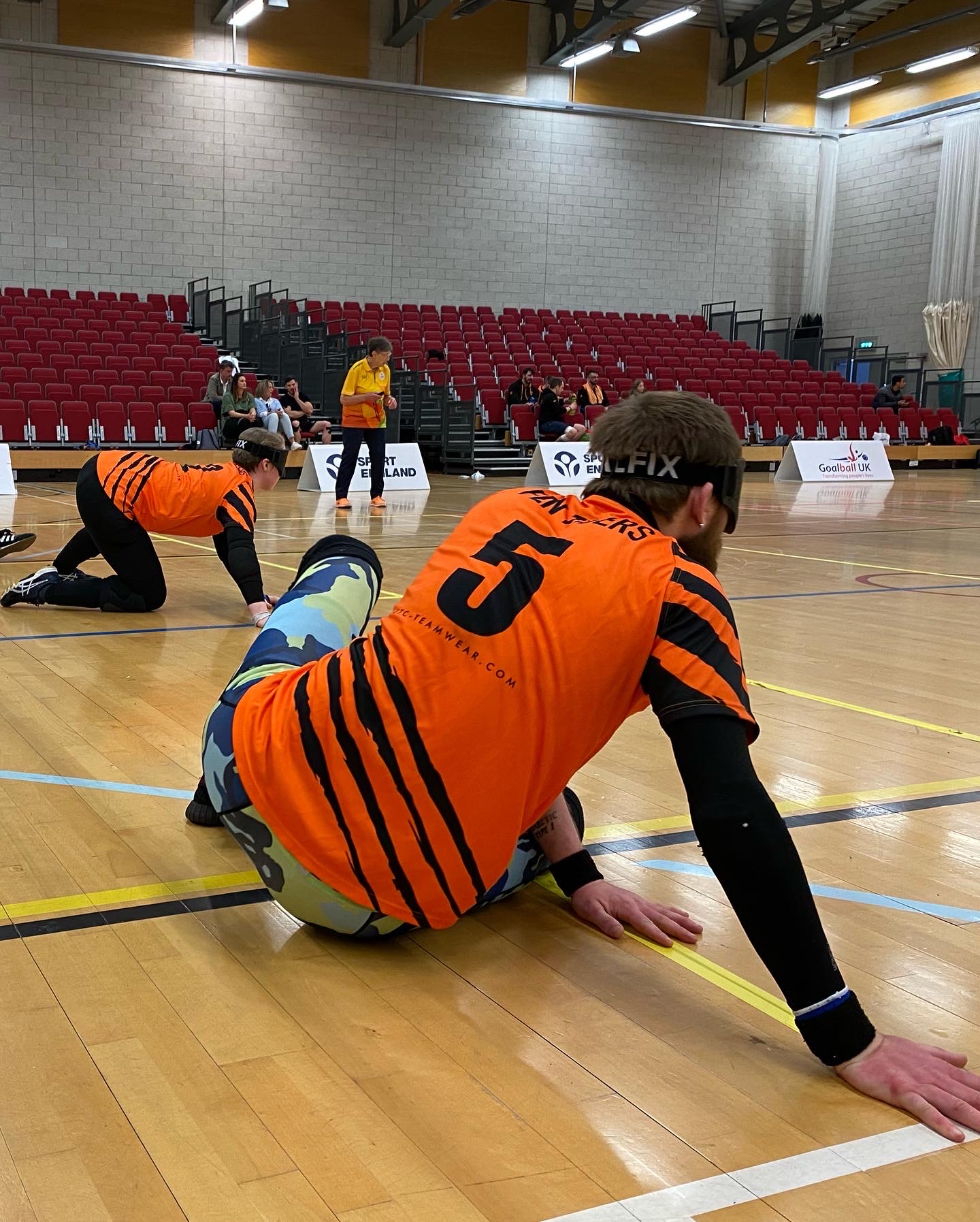 RNC Academy, who was in 4th place ahead of Matchday 3, were battling to keep the pressure on Winchester Kings in 3rd, to set themselves the best they could ahead of the National Finals later this year. RNC could not have done much more and was involved in one of the highest-scoring fixtures in the entire season, not to mention the Matchday! The game between the RNC Academy and Phoenix Blaze finished 20-13 in favour of the Hereford based team. RNC went on to lose their next game against Northern Allstars in less of a goal-fest, finishing 8-4 to the Allstars. RNC picked themselves up going into their final game versus Croysutt Warriors 14-10, to head into Sunday with 2 wins and 1 loss. 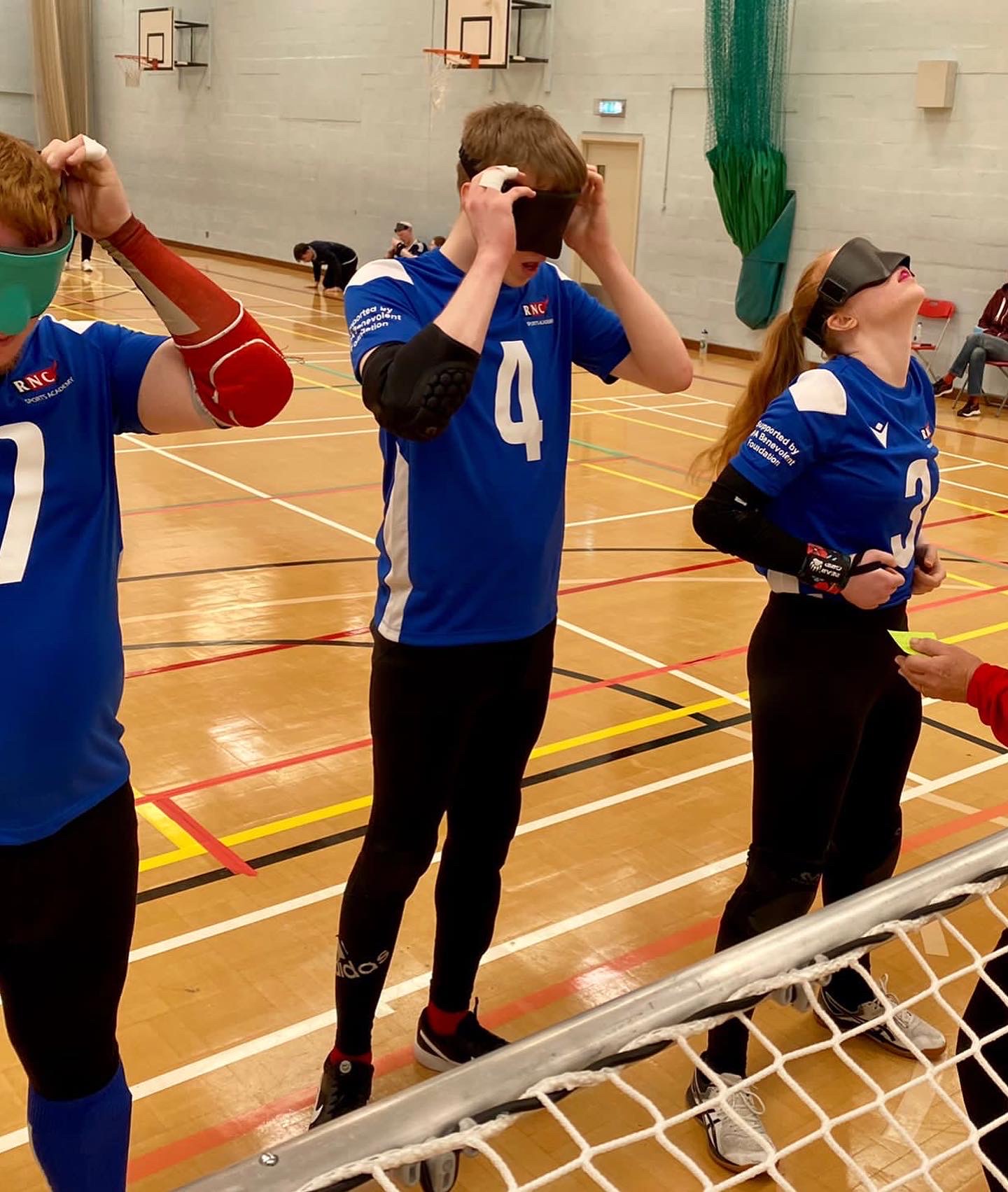 Cambridge Dons picked up their 1st win of the Matchday, as they lost all 3 of their opening fixtures on Saturday. In their 2nd game of the weekend against Croysutt Warriors, with the game finishing 8-4 to the Dons. Kali Holder, as she has throughout the season played a leading role for the Dons as she scored 41 goals across the 3 Matchday’s, making her the female top goalscorer, well done Kali! As with any goalball team, the goals come from all over the court as demonstrated via Cambridge player Sarah Leiter who was quick to show off her goal-scoring celebration! 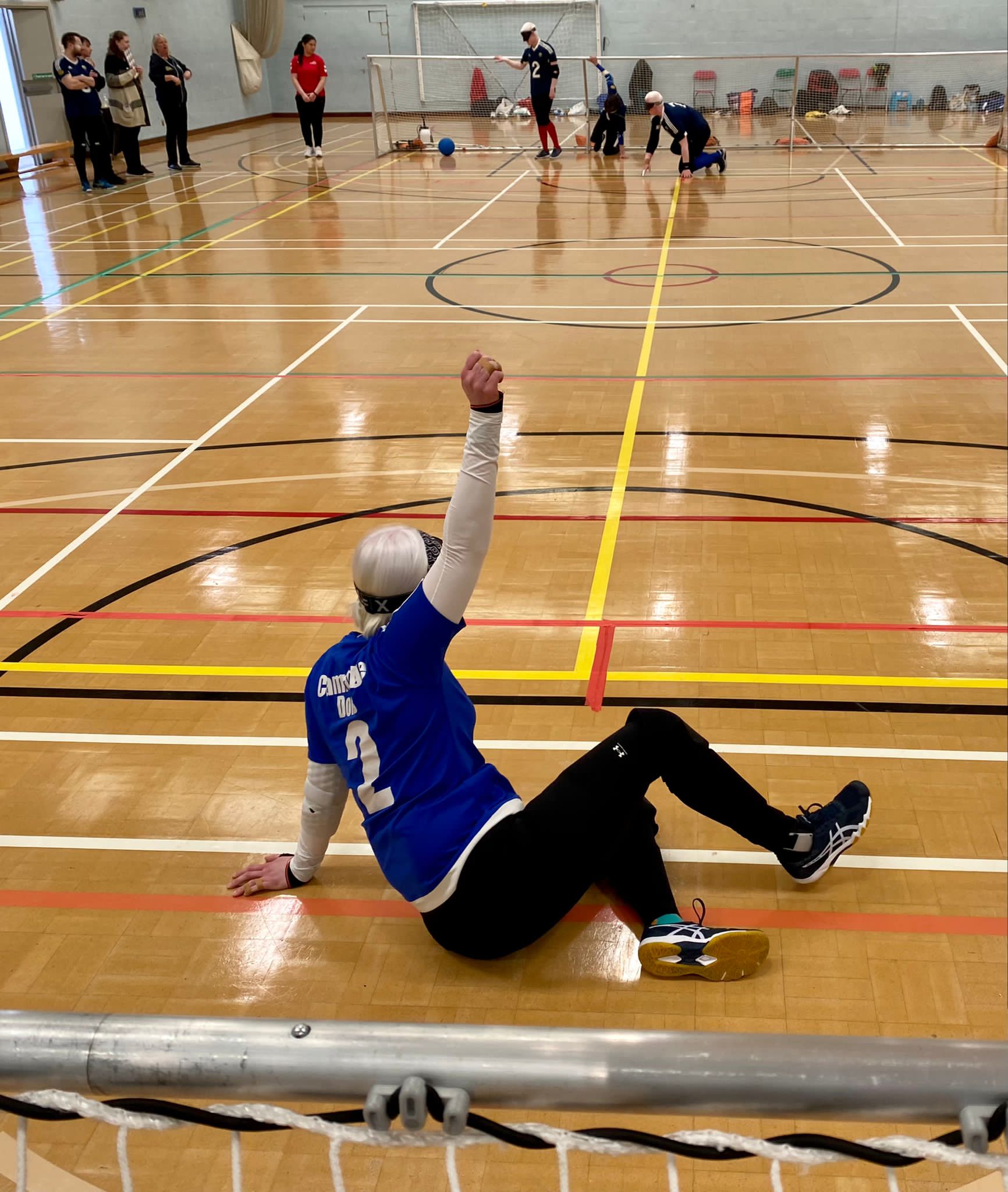 Unfortunately for Northern Allstars after a positive Saturday with 2 wins and 1 loss, they were forced to forfeit their games on Sunday due to only having 3 players available and Peter Doyle breaking a rib on Saturday! This meant that Phoenix Blaze and Fenland Tigers who were due to play against the Allstars received a 10-0 win and therefore 3 points. Despite this, Northern Allstars remained in 2nd place with 36 points and qualified for the National Finals! 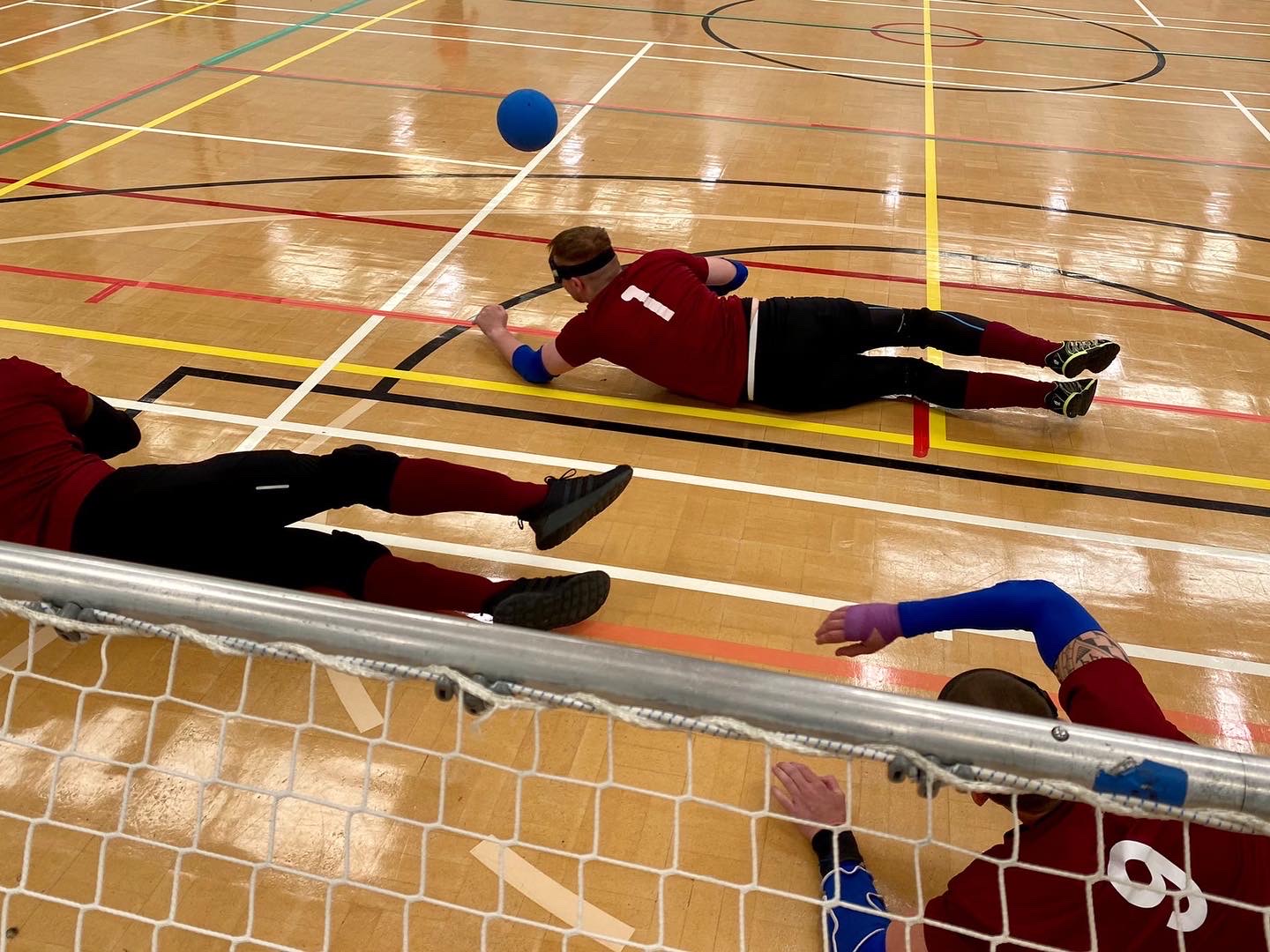 Despite this, Winchester Kings were hot on their tails in 3rd place with 34 points and finished their Matchday 3 and league season with 1 win (14-8 versus Cambridge Dons and 1 loss (11-7 versus Birmingham). If the Kings were victorious in their final game against Birmingham, then they would’ve leapfrogged Northern Allstars to finish in 2nd place. Nevertheless, the Kings have set themselves in a good place ahead of the National Finals later this year. Liam Hall made his return to goalball at Matchday 3, and threw himself in the deep end competing at the highest level of domestic goalball in the UK! Despite this, Liam landed on two feet and performed well for his team, which also resulted in him being awarded the weekend’s Player of the Day! 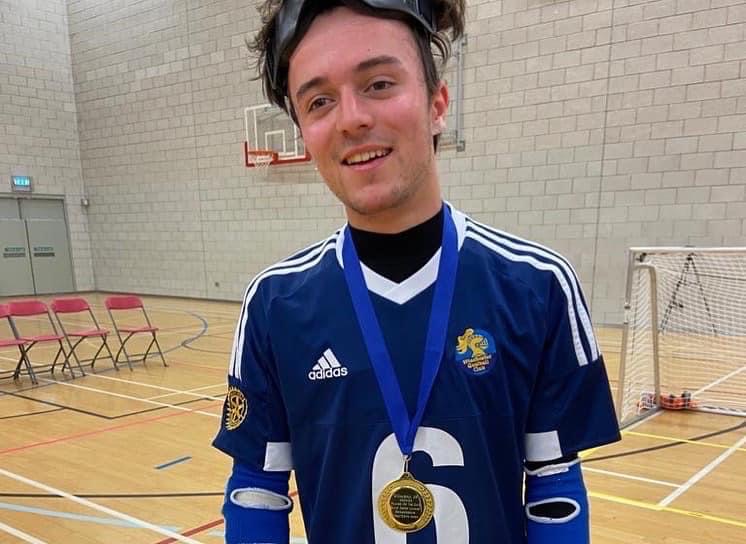 Congratulations to all teams for completing the Super League season with fair play at the forefront and good luck to Fen Tigers, Northern Allstars, Winchester Kings, and RNC Academy for qualifying for the National Finals!

Check out the final standings of the Super League!

Next up is Matchday 4 of the Intermediate South League on Saturday 7th & Sunday 8th of May, at Moseley School Sports Centre, Wake Green Road, Moseley, B13 9UU!