Team Goalball UK displayed a valiant effort in the Business Fives eSports charity Call of Duty tournament over the past two weeks. The team bowed out of the competition as semi finalists!

It was a great opportunity for everyone involved. Firstly, to network with organisations Goalball UK would be unlikely to cross paths with. Secondly, it was as new and exciting opportunity for members of the #GoalballFamily to represent Goalball UK.

Tale of the tape:

The format of the competition was a 4 versus 4 team deathmatch. This means who ever kills the other team the mos,t while keeping their own death count down, wins! Each game had three rounds, the map was chosen by the home team in the first round, with the away team choosing the map in the second round. If a third round was required the home team would choose the map giving them a slight advantage.

In week one, Team Goalball UK finished second in their group meaning qualification to the knockout rounds was secured. This was a result of winning one out of their three group stage games. Despite losing two group games, it was clear the opposition was given a run for their money with both ending as close affairs. Not bad for a team who only played together a handful of times prior to the tournament kicking off!

In week two, Team Goalball UK came up against KubeNet and won 2-0 meaning they sailed through to the semi final. Unfortunately, in that semi final contest Silverchip were too strong for the team and we lost 2-0. Nothing to be ashamed about as they went on to win the final and the winners of the prize money donated to a charity of their choosing.

All of this was across only 5 games!

Fen Tigers representative Daniel Beddis, who is ranked 203rd in the UK at Call of Duty participated in an interview with Business Fives about the teams involvement in the competition along with Daniel’s background in goalball. Check it out by following this link! We caught up with Dan and the team on their feelings getting to represent Goalball UK in this great charity tournament:

“I thoroughly enjoyed participating in this tournament and would definitely like to do it again to get the chance to represent Goalball UK and my club Fen Tigers in a new way. I think everyone in the team can say we jelled well as a team and enjoyed playing together”. 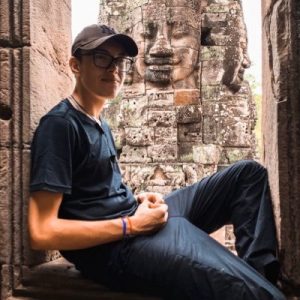 Goalball UK’s National Children and Young People’s Officer, Stephen Newey was on the same wavelength and reviled in the opportunity to represent Goalball UK in a new way:

“It was a really interesting tournament to be a part of considering I haven’t been involved in something like this before. I enjoyed playing with everyone and glad we made it further than I originally thought we would!”.

Next up was Niall Geddes, former GB goalball Paralympian who championed the importance of establishing new connections in the current climate “It has been very different but nevertheless very fun way to compete over the past fortnight. I have missed playing on the goalball court but what I have enjoyed the most is still getting to learn more about people within the #GoalballFamily and make new friendships!”. 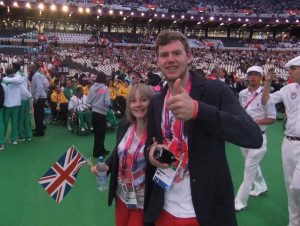 Dan Willoughby, Goalball UK Marketing Assistant embraced the chance to champion our sport in a new way “I haven’t played Call of Duty for years at all so jumping straight back in playing competitively whilst representing Goalball UK was great! It was a unique way to raise awareness of goalball in between battle with the teams we came up against and I am really glad I was involved”! 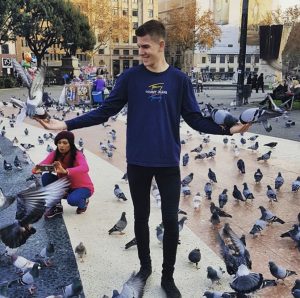 Thank you to Business Fives who organised the eSports tournament along with all of the teams involved!