What happened at the first #FindTheNext Goalball Academy camp? 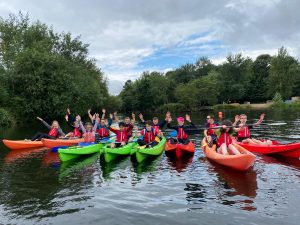 After month’s of planning, the #FindTheNext Goalball Academy (#FTNGA) recently came together for their first camp!

Alongside Goalball UK’s Summer Camp, we set up our base at the brilliant facilities in Nottingham Trent University and welcomed nine children and young people along for an action-packed week of fun!

The #FTNGA is a platform for young people who all want to develop as young adults and as goalball players. Everyone in the team is at a different stage of their goalball journey which makes it so unique! So much so for some that the #FTNGA is their first experience of goalball.

The #FTNGA stands by six key values, all of which supported us at the camp to successfully reacquaint ourselves with the goalball court and blow away the cobwebs. Each day had it’s own ‘key value focus(es)’, day one revolved around confidence and teamwork. This was a great opportunity for players and coaches to understand each other’s ability and test themselves on and off the goalball court. 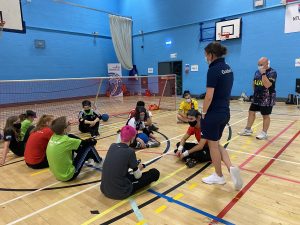 Despite the camp only being a couple of days long, it is fantastic to witness the growth of the players abilities, as well as watching them build their confidence on the court.

The inaugural #FindTheNext Goalball Academy Camp was running alongside Goalball UK Summer Camp. On the first evening the two groups tested their knowledge on a number of topics, including Paralympic sports, in a quiz to get to know one another. 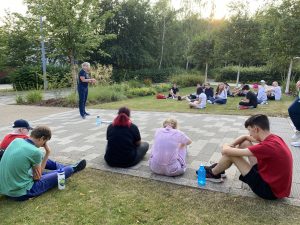 On day two, the focus was listening as the team took part in lots of activities designed to challenge them individually as well as a team. The #FTNGA is all about supporting the team’s development both on and off the court, with the team taking part in a mindfulness session with Natalie Herbert of Embrace Performance to learn coping mechanisms to deal with potentially stressful and overwhelming situations. 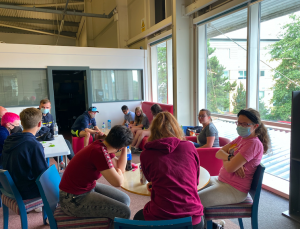 Day 3 (some would say the most exciting day) was spent at National Water Sports Centre, Nottingham with the focuses being trust and teamwork. The day was split into two with canoeing in the morning and raft building in the afternoon. Thankfully the rain held off and everyone had a great time getting to know one another in a very different setting to the sports hall! 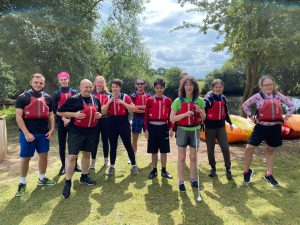 Check out next week’s #SummerSpecial to find out what both camps got up to on their last day!