What is the Goalfix Cup?

The Goalfix Cup returns on Saturday 18th – Sunday 19th June at Brunel University Sports Park! But, what is it? 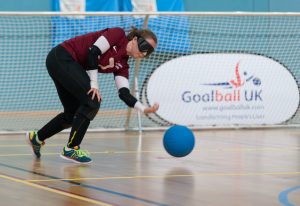 The Goalfix Cup has been a mainstay in some form of the UK goalball competition calendar even before Goalball UK was formed in 2010. Previous names for the most prestigious competition in the UK included the Goalball Cup, the Men’s GB Cup Elite, and now, the Goalfix Cup. Originally, it was a cup competition which allowed the elite level players to compete under full IBSA rules and regulations back when elite tournaments weren’t played at this level. Along with the Super League, the Goalfix Cup is the best way to watch the highest level of goalball the UK has to offer!

The sponsors of the Goalfix Cup, Goalfix Sports Ltd are a Sheffield based specialist disability sports equipment company who have sponsored the competition for several years. Father and son duo John and Russel Warnock and the rest of the Goalfix team have become renowned within goalball and blind football specifically and have supplied equipment throughout the world at the highest level of competition, most notably the Paralympics and the World Championships.

Across the 10 editions of the now Goalfix Cup (2010-2019), since Goalball UK was formed, there have been 5 different winners. The winners of the very first 3 editions were London Sport, who won in 2010, 2011, and 2012! Leicester Bulls put a stop to London Sport’s dominance, as the Bulls went on a similar run winning in 2013, 2014, and 2015! Current GB Women’s and Fen Tigers player Georgie Bullen was a part of the team who went on this fantastic run, along with former GB Men’s and now Phoenix Blaze player Niall Geddes. 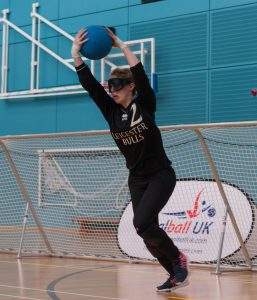 In both 2016 and 2017, the Goalfix Cup was won by Winchester who boasted Paralympians Adam and David Knott, who were key members of the Great Britain Men’s team who competed in London 2012. In 2018 and 2019, the Cup changed hands each year for the first time in the recent history of the competition. Fen Tigers took home the silverware in 2018, meanwhile, Northern Allstars were the last to win it in 2019. Due to Covid-19, in 2020 and 2021 the Goalfix Cup did not take place. 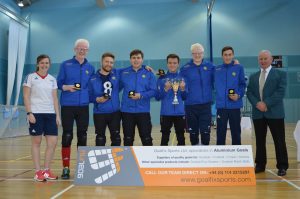 An exciting prospect of the previous editions of the Goalfix Cup is the opportunity for international teams to feature, which allowed both them and UK based teams to test themselves against one another, with different tactics and playing styles on show. Dan Blast, a Danish goalball team became a regular outfit and took part in 2017, 2018, and 2019, with their best finish being 3rd and the bronze medal in 2018! 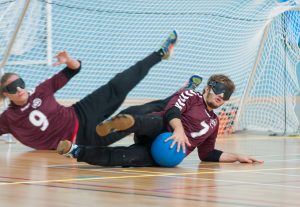 There will be no representation from any international outfits in this year’s Goalfix Cup. As unfortunate as it may seem given the exciting prospect to compete against international opposition, elite-level goalball has grown considerably in recent years meaning all 8 available entry spots will be taken up by UK based teams.

The 8 teams competing for the title of Goalfix Cup 2022 winners are:

Out of the 8 teams competing this year, only 3 teams have been crowned winners. RNC Academy, who finished in 4th place in the Super League and took the last qualification spot for the National Finals, will be hoping to go far in the Goalfix Cup, boasting several senior GB Men’s and Women’s players including Antonia Bunyan and Stuart Hudson. Not to mention GB Women’s Head Coach Aaron Ford as their Head Coach.

Birmingham will be hoping for similar, who will be competing for the first time in the competition. Despite this being their first taste of the Goalfix Cup as a team, individuals in the team have competed in it before. Like Mo Ahmed, who was a part of the Northern Allstars team who won the Goalfix Cup back in 2019, so is fully aware of what it takes to go all the way! 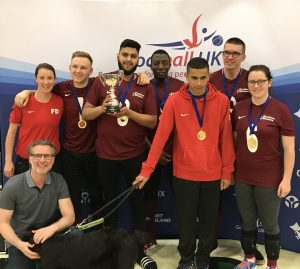 Like Birmingham, Croysutt Warriors are competing in their first Goalfix Cup but it is not the first time Croysutt Warriors have been represented. In 2019, London Elephants and Croysutt Warriors joined forces to make London Croysutt which finished in 8th place. The Warriors will hope to improve on that position this year, with that previous experience under their belts!

Read more about this year’s edition, including how you can book your FREE tickets via the Goalfix Cup 2022 page!