Digging through the Goalball UK archives – a look back at 2010 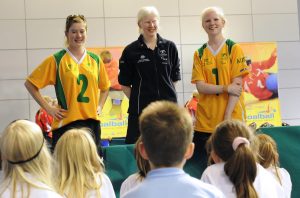 Today we’re going all the way back to 2010 to revisit the Legacy Programme that ran alongside the World Championships in Sheffield in our inaugural year.

Prior to the World Championships in June 2010, Goalball UK launched its Legacy Programme. The idea was to establish a number of long-term benefits from the tournament, such as using the occasion to increase awareness of goalball and boost participation.

The courses were delivered for free with the candidates in turn committing to help out with the proposed taster sessions that were to be delivered to school and community groups during the actual week of the World Championships. In addition, some candidates successfully qualified as goal judges, with many going on to volunteer for the London 2012 Paralympics.

These taster sessions had over 700 people participating and getting an introduction to the game, before they had the opportunity to watch a match at the World Championships. This included groups from both the Sheffield Royal Society for the Blind (SRSB) and the Nottinghamshire Royal Society for the Blind (NRSB). Such was their enthusiasm, they decided to establish their own clubs – and so too did York St John University.

Along with the other clubs in Yorkshire, the three legacy clubs, as they came to be known, were donated equipment from the World Championships. South Yorkshire began training sessions in September 2010 and Nottingham Sheriffs in October 2010, with both clubs entering their first tournament in November that year. York launched in January 2011 and were chosen to host the annual John Oakley Memorial Tournament a month later. This was the first tournament which all three clubs entered. 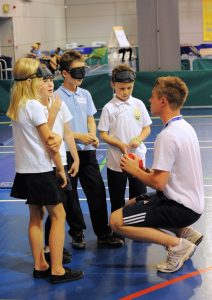 For the next 10 days, I will be sharing 10 of my favourite Goalball photos to celebrate the #GoalballFamily and I would like you to join me. I challenge @SarahLou172 to get involved. First up a blast from the past with @Nottsgoalball - our first competition in 2010! @GoalballUK pic.twitter.com/L8G3ZCk3uI 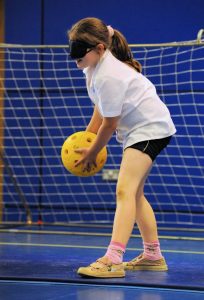 In the past decade, these three clubs have gone on to provide numerous opportunities for blind and partially sighted people to play goalball, as well as developing and nurturing the talent of some of the finest goalballers in the country.

The build up to the World Championships, and what followed, was a real celebration of goalball and a fantastic platform to boost the growth of the sport. It was also the perfect way to announce to the sporting world that Goalball UK was on the scene.

We would love to hear your memories from the Legacy Programme and the World Championships. Is this when you discovered goalball? Did you take part in a Goalball UK Club Leaders Course? Please share with us on social media using the hashtag #GoalballFamily.